Less property coming up to rent in London 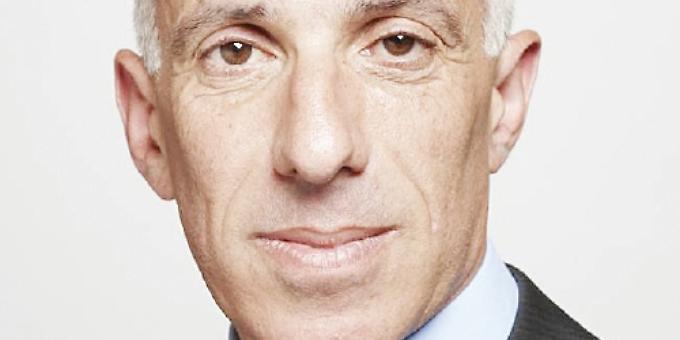 RENT expectations are continuing to fall in London as the supply of new property to let drops again.

The latest residential market survey by the Royal Institution of Chartered Surveyors (RICS) reveals the continued reduction in the amount of new property being put on the market in the lettings sector.

July’s survey found that 22 per cent more respondents are seeing a fall rather than rise in new landlord instructions. This is the third consecutive quarter in which this indicator has recorded a negative number.

This pattern reflects the shift in the buy to let market in the wake of tax changes which are still in the process of being implemented, as smaller scale landlords exit the sector. Significantly, the drop in instructions is evident in virtually all parts of the UK to a greater or lesser extent.

While the supply of fresh rental stock to the market is increasingly constrained, tenant demand has started to recover slightly in London. Demand is reported to be rising at a similar pace compared to last quarter, with the number of tenants looking for a new home remaining in positive territory at the headline level (+13 per cent in Q3 2018, compared to +12 per cent in Q2 2018).

However, this increase in tenant demand follows a prolonged period in which it has fallen, leading respondents to remain cautious on the outlook for rents. Rents are expected to fall in London over the next three months, with 18 per cent more contributors expecting rents to fall in the capital, rather than rise, over the near term.

The shortfall in supply over the medium term is expected to force rents higher in the capital, with respondents expecting a cumulative rise of around +10 per cent (based on three month average of responses) by the middle of 2023. Even so, this is more modest than the projection nationally, where rents are envisaged to rise by 15 per cent on the same basis.

Turning to the sales market, the London headline price balance was virtually unchanged, moving from +39 per cent to +40 per cent in July. Meanwhile, the newly agreed sales net balance remained flat for the second month in succession in the capital.

As RICS has highlighted previously, the feedback to the RICS survey continues to suggest a stronger market in Scotland, Northern Ireland, much of the north of England, the Midlands and Wales (prices and activity).

It is perhaps no surprise that, as speculation built ahead of the August Bank of England meeting, the headline new buyer enquiries series was little changed over the month with a net balance of +2 per cent. The new instructions to sell measure also signalled a flat picture, following on from June’s flat reading.

The June survey signalled some doubts as to whether the pipeline of new supply nationally coming on to the market for sale would continue to improve in the light of the feedback on appraisals being conducted by valuers.

This was upheld as the UK appraisal balance in July was once again firmly negative. As a result, RICS’s judgement is that the average inventory on the books of UK estate agents is likely to remain close to historic lows.

The impact of this is visible in both the national 12-month sales and price expectations net balances.

While the former recorded a reading of -7 per cent, its most negative number since October last year, the latter was much firmer at +25 per cent.

RICS chief economist Simon Rubinsohn, said: “The impact of recent and ongoing tax changes is clearly having a material impact on the buy to let sector as intended.

“The risk, as we have highlighted previously, is that a reduced pipeline of supply will gradually feed through into higher rents in the absence of either a significant uplift in the ‘Build to Rent’ programme or government-funded social housing.

“At the present time, there is little evidence that either is likely to make up the shortfall. This augurs ill for those many households for whom owner-occupation is either out of reach financially or just not a suitable tenure.”

Abdul Choudhury, RICS policy manager, added: “Our survey suggests that recent government policy and legislation changes have impeded the growth of the private rented sector, which is a vital part of a functioning homes market.

“Withdrawing tax breaks that small landlords relied on, placing an extra three per cent on second home stamp duty, and failing to stimulate the corporate build to rent market, has understandably impacted supply.

“While the current focus is rightly on using regulation to improve the experience for tenants, government must urgently look again at the private rented sector as a whole, including ways to encourage good landlords.

“Ultimately, government must consider the impact of its policies, and if the wish is to move away from the private rented sector, it must provide a suitable alternative.

“If they wish to improve the private rented sector, as we have suggested by professionalising through regulation and the PRS code, there is justification to reconsider the approach taken to tax.”

Simon Aldous MRICS of Savills London, said: “In our central offices we have continued to see falls but at lesser rate than in 2017. Our outer prime offices have seen greater falls in 2018 than in 2017. Importantly, transaction levels at the high end have held up.”