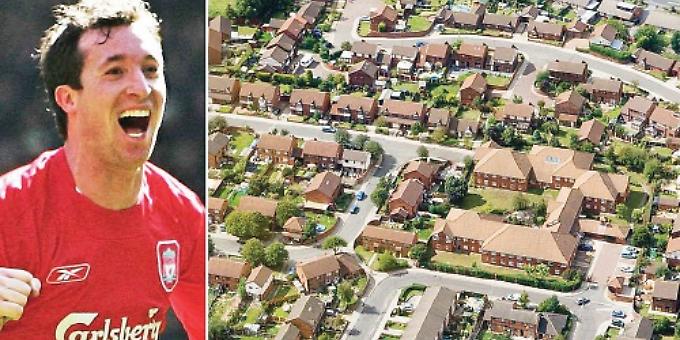 PREMIER League footballers could almost buy a house per game in Liverpool, it has emerged.

On average, top-flight players nearly make enough per game to buy a house near Anfield or Goodison Park.

To mark the start of the new season last weekend, new research from the Halifax has revealed that, on average, a player earns almost enough every game (£69,540) to buy a house near the grounds of Liverpool or Everton, where the average house price is £78,093.

The city is home to former Liverpool striker Robbie Fowler, who famously invested a substantial proportion of his career earnings in property, leading fans to chant: “We all live in a Robbie Fowler house.”

At the other end of the spectrum, players would need to save up for almost half the season to scrape together the £1,111,986 needed to buy in the surroundings of Stamford Bridge or Craven Cottage.

However, with an annual salary of £4,451,200, the average Chelsea player could move next door to the stadium after just 13 weeks.

In stark contrast, with an average annual salary of £63,361, it would take locals almost 18 years to earn enough to be able to buy the same home.

When it comes to house price growth, Tottenham are the runaway champions. Since 2008, average local house prices have rocketed by 94 per cent to £481,609.

North London rivals Arsenal have been matched by local house prices, with an increase of 60 per cent over 10 years also putting them sixth.

Russell Galley, Halifax managing director, said: “It appears that for many, success on the field has rubbed off as property prices in the areas surrounding the grounds of England’s top-flight clubs have risen ahead of the rest of the country. Many players looking to buy a house near their team’s stadium need just a few games to earn the equivalent of the average house price.

“Locals living nearby some grounds, such as the Emirates, have benefited from the associated infrastructure improvements as clubs upgrade or move stadiums.”

This figure is well ahead of the rest of the UK, where house prices have increased by £66,194 on average — an increase of 30 per cent.

While clubs from the North may have dominated the top four last season, when it comes to house prices they are lagging behind the rest of the country.

Since 2008, only four clubs have not seen growth in house prices. Those living near Newcastle’s St James’ Park have seen prices fall by 14 per cent, from £187,470 to £161,335, while on Merseyside homes near Everton and Liverpool have dropped by 11 per cent to £78,093. No clubs outside London and the South have seen increases ahead of the national average of 30 per cent.

Unsurprisingly, London-based clubs have seen the biggest increases. Behind Tottenham Hotspur, Crystal Palace has seen the second biggest increase as prices have gone from £208,348 in 2008 to £351,924 in 2018 (69 per cent).

However, when looking at the last five years, average prices of homes close to Premier League clubs have only grown by £11,687 (three per cent) — slower than the rest of England and Wales, which has risen by £46,954 (19 per cent). For Crystal Palace, promotion to the Premier League in 2013 has also seen its house prices soar to £351,924 and growth of 79 per cent sits them top of our table.

While 2017-18 may have been a season to forget for supporters of Manchester United as Manchester City cruised to the title, those living in the shadow of Old Trafford saw the value of their homes increase by 13 per cent over the year. Bournemouth (10 per cent) and Newcastle United (nine per cent) complete a top three of teams based outside London.