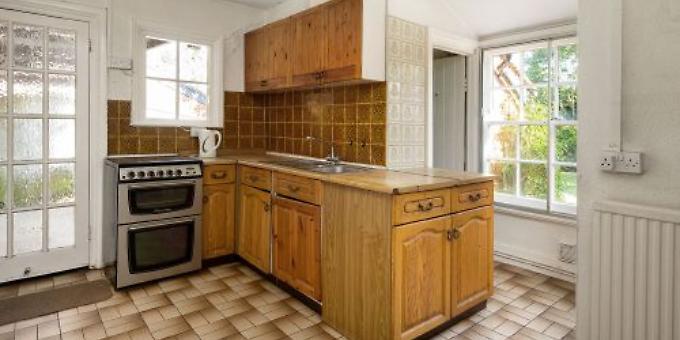 A HOUSE that was for many years home to one of Henley’s best-known pub landlords is on the market with Philip Booth Esq estate agents.

Dave Beck and his wife Joan ran the former Rose and Crown in New Street, which benefited from a prime position opposite the Kenton Theatre.

During intervals, theatregoers and performers would cross the road to enjoy a drink.

Visiting celebrities included Diana Dors, Ingrid Pitt and a young David Essex, who the Becks offered to put up for the duration of his show’s run at the theatre in the mid-Sixties.

The couple’s son Ken, now 72, recalls: “I got up for breakfast one morning and my dad said, ‘We’ve got a pop star staying with us.’ He stayed with us for a couple of weeks. I think he was about 18 or 19 at the time.”

As well as stars who were passing through, the pub’s clientele included the actors Robert Morley, Richard Todd and Russell Hunter.

Today, there are no pubs in New Street but at one time there were three.

Ken said: “There was the Horse and Groom on the same side towards the top, then the Rose and Crown, and then down on the left, which you wouldn’t believe because it looks like a small house now, was the Red Cross.”

Dave and Joan ran the pub until the early Eighties, by which time they were nearing retirement age.

Back in 1968 their retirement planning had included the purchase of 1 Belle Vue Road, off St Andrew’s Road, which they then rented out to long-term tenants.

Ken said: “Because they were in a pub, it meant that when they retired their home would go, so they bought the house on the basis that they’d have somewhere to move into. When they left the pub the house was vacant and they moved in.”

Despite having worked hard all his life, Dave wasn’t ready to retire just yet.

Ken said: “He was talking about going back to Stuart Turner, where he had worked in the Fifties, and then somebody said, ‘Well, I want a gardener.’ And so he started gardening and he looked after lots of people’s gardens.”

Having encountered many famous faces as the landlord of the Rose and Crown, Dave now found himself working for the Radio 1 DJ Steve Wright, who at the time lived just up the hill from him in St Andrew’s Road.

And his connections to the showbusiness world deepened further when he was hired as the gardener and estate manager of Peel Fold in Mill Lane, which was then home to Beatrice Lillie, the multi-award-winning star of stage and screen.

By chance, this later led to a friendship with the Queen’s cousin, Lady Pamela Hicks.

Ken said: “What happened was when Beatrice Lillie died in January 1989 they had to get the house cleared. My dad was in charge of organising it and they found this safe which was locked.

“They didn’t know what was going to be in this safe but they needed someone who could be a witness when it was opened.

“My dad didn’t know Lady Pamela at that stage but I think she knew the people who ran Peel Fold, so she came along to witness the safe being opened.

“Because it took them a while to open the safe, she and my dad just sat and chatted for quite a while. They got on well together and after my mum passed away they went out a couple of times.”

Joan died in 2003 aged 82 but Dave continued to live at 1 Belle Vue Road until October last year when, shortly after celebrating his 100th birthday in July, he moved into the Chilterns Court care centre in York Road.

It was there that he died peacefully on May 1, leaving his three children — Ken, his older sister Pam and younger brother Clive — six grandchildren and two great-grandchildren. Ken remembers his parents enjoying a happy retirement together in Belle Vue Road.

Dave eventually gave up his gardening jobs in his early seventies but continued to garden at home. Ken said: “They always used to have fruit and veg growing. My dad didn’t do so much of it in the pub because he didn’t have the garden or the time, but I remember before we moved to the pub he had an allotment locally which I think has now been developed into houses.

“I remember going down there with my sister and complaining because he was carting loads of manure around for his plot. But he loved gardening, that was one of his loves. Gardening, singing and talking were the main three.

“My parents loved being retired. They went out a lot and they went to Cape Cod on holiday. That was because one of the people who used to live at Peel Fold was American and so she asked them out there on holiday. They used to play Scrabble a lot and they’d go to the rugby club. Dad was a keen rugby man.

“He also became a staunch member of St Margaret’s Church in Harpsden and sang in the choir.

“After they moved to the house he went there every Sunday. At the end when he couldn’t manage — because he walked when he could — the people from the church would give him a lift.”

Being situated in one of Henley’s most sought-after neighbourhoods, the family home is on the market with a guide price of £1 million.

The house, which dates from the early 1900s, is detached with three upstairs bedrooms, two of which are doubles. There is a family bathroom on the first floor and an outside toilet on the ground floor, which has a sitting room with both a front and rear aspect, with a glazed picture window and door opening on to the back garden.

Also off the front entrance hall is the dining room, which leads through to the kitchen, which has a range of wall and base units, a walk-in pantry and an under-stairs storage cupboard.

At the rear of the kitchen is a scullery with a wash hand basin and a cupboard over, a floor-standing gas-fired boiler and a sliding door that opens on to the sun room at the back of the house.

Ken thinks the new owners would almost certainly want to have some work done on the property before moving in.

He said: “I think it’s going for a fair price but then they’ve got to extend it and modernise it to live in it. I mean, my parents moved in in the early Eighties. It was decorated and they extended it slightly and changed things around a bit — but for the last 30 years it has not been touched. There’s quite a lot of work needs doing, hence the price, because obviously Belle Vue Road is a sought-after road. So I think it’s a good buy for somebody who has got the money to develop it.”

Ken thinks there is considerable scope to extend the property. He said: “When you look at the house you’ve got a carport to the left and you could convert that into a garage and then put something over the top. Plus you’ve got room to extend at the back, so you could almost double the size of the house, easily.”