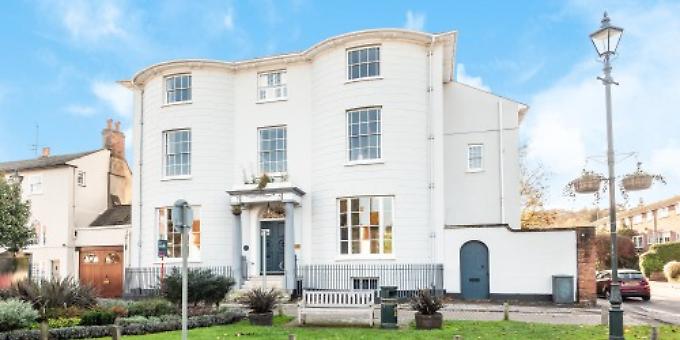 A DUPLEX flat in a converted mansion house that dates back to the early 19th century is on the market.

Northfield House at Northfield End is situated at the far end of Bell Street at the northern edge of Henley, near the bottom of the Marlow Road.

This impressive Grade II listed building was originally built as a country home for Richard and Mary Ovey in 1812, when King George III was on the throne.

Having changed hands several times over the years, it served as an office block for a while but has now been converted back into residential accommodation.

Local property developer Paul Springett led the ambitious project to renovate and repurpose the property in 2018.

Many of the building’s original features were preserved during the conversion, such as the ornate cornices, the wooden ceiling beams, the central oak staircase, the fireplaces, the sash windows and shutters. The building has a double bow-fronted façade — a classic feature of Georgian architectural — and high ceilings on the ground floor.

Apartment one is a duplex apartment, which means it is spread over two floors.

The living room and kitchen/dining room are on the ground floor, and there are two
en suite bedrooms, a utility room and cloakroom on the lower ground.

The property is located within a gated complex, with remote controlled entry and allocated parking. There is an attractive communal garden at the back, with patio areas and a spherical rain-proof seating pod.