How do you doodle? 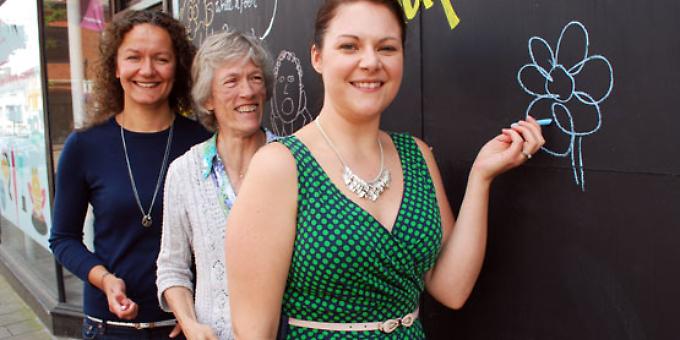 RESIDENTS and visitors are being asked to create art in Henley town centre.

A giant chalkboard has been erected at the former Blockbuster store in Market Place for people to doodle messages and pictures.

It is part of a window-dressing initiative developed by Henley Town Council and South Oxfordshire District Council to make the town’s empty shops more attractive during the tourist season.

Some of the first people to make their mark were three-year-olds Eden Scivyer and Sophia Burt who used the sticks of red, yellow and blue chalk provided to produce some colourful scribbles.