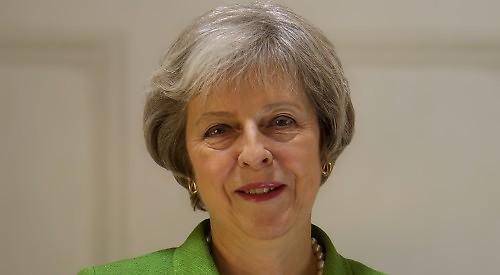 A RETIREMENT village providing 57 “luxury” flats is to be built in Sonning despite opposition from Theresa May.

The former prime minister, who lives in the village, said the development south of Old Bath Road, near the Sunrise of Sonning care home, would be “inappropriate”.

The three existing homes on the land would be replaced by three blocks of flats.

In its application to Wokingham Borough Council, Arlington Retirement Lifestyles says: “The character of the area was traditionally that of two- to three-storey detached dwellings.

“However, this has had to change with the increased housing demand within the confines of development limits.

“Our proposal acts as a transitional building, gently allowing the street scene to transit from the larger increased scale and density of the neighbouring three-storey care home on one side to the more domestic and residential on the other.

“This concept reflects the aim of the council and national planning policy to make more efficient use of land and also to develop sites appropriately, especially those transitional in nature.”

The development would offer communal facilities for the residents, including gardens and a bowling green and 64 parking spaces for use by residents and visitors.

Mrs May, who is the MP for Maidehead, said: “The applicant refers, as a point of comparison, to a previous permission to demolish two of the detached family homes and replace them with six dwellings, a net increase of four homes.

“This application would provide a net increase of 54 homes. There is no comparison.

Mrs May said there were not sufficient local services to cater for the residents and that medical facilities and shops were not within walking distance.

She added: “Old Bath Road, which is already very busy, as well as the adjoining Pound Lane, gets filled with parked cars on pavements and the nearby verges, making it extremely difficult for emergency services to enter.

“In fact, people have trouble entering and exiting their houses as it is at the moment.

“Bus services to this area of Sonning are infrequent and do not run in the evening, hence the need for people to have cars.

“This site is simply not equipped to accommodate 57 dwellings because the infrastructure is already under significant pressure and is not able to handle such an increased number of vehicles.”

The Sonning Eye Society objected on grounds of overdevelopment and the impact on traffic.

Patrick Hamblin, chairman of planning for the society, said: “The A4 is busy at all times of the day and evening. The Old Bath Road in the area of the proposed development is very narrow and is used for parking for persons visiting the nearby rugby ground on match days.

“It is likely there would be problems with emergency vehicles gaining easy access to the proposed development at certain times.

“The amenities of the area will pose a real problem for some residents. There are no shops within easy walking distance and to access shops on foot means crossing busy roads.”

Councillor Michael Firmager, who represents Sonning on the borough council, said: “This is overdevelopment of an already congested area, especially with the side road to the proposed development already providing access with Rams Rugby Club.

“This side road and other surrounding roads will be even more chaotic on match days.

“The access from here will be on to the A4, which is already extremely busy. There are also infrequent bus links and this site is a long way from local amenities.”

The council’s planning committee approved the application after officers said Sunrise of Sonning was “substantially larger” and there would be no highway safety issues with this site.