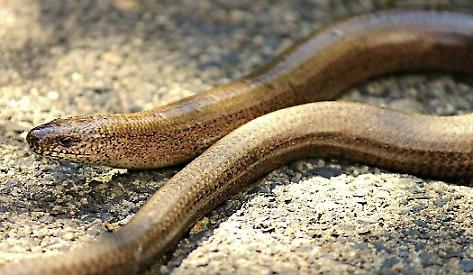 SLOW worms living on a field in Henley may be relocated to make way for new homes.

The town council, which owns a grass verge that would serve as the entrance to a proposed development off Fair Mile, has agreed in principle to move the creatures to a new home under a deal with developer Thames Properties.

If the company is given the go-ahead to build 52 houses and 20 flats on the 4.6-hectare field, the council could sell the verge, or “ransom strip”.

Lawyers for both sides have been in negotiations but must wait for South Oxfordshire District Council, the planning authority, to make a decision on the firm’s application.

The town council has recommended approval but it has not revealed what it would charge for the strip and has denied claims that it has already sold it for £3 million.

It says the price would be based on how much the developer paid the three individuals who own the field. The figure would be published after the sale was completed and the proceeds would go towards projects that benefit the community.

The slow worms would be moved to another green space owned by the public.

There would be no risk to the public because, despite their snake-like appearance, they are legless lizards which don’t bite but prey on common garden pests.

The field, which is located between Luker Avenue to the south and a farm track to the north, is earmarked for about 60 homes in the joint Henley and Harpsden neighbourhood plan, which passed a referendum in 2016.

Then the residents said the field was a wildlife haven so the district council ordered the developer to carry out a survey which found evidence of slow worms, which are legally protected due to their declining numbers.

The town council agreed to help once Thames
Properties realised it needed access over the verge because the farm track couldn't take an expected increase in traffic of 140 cars a day.

Meanwhile, Mayor Ken Arlett has denied a claim that the ransom strip has already been sold for £3 million without the public being consulted.

The allegation was made in an anonymous letter to dozens of residents of Fair Mile which also incorrectly claimed that Thames Properties had gone out of business and that the slow worms had already been moved.

It says: “The question really is who is this development benefiting? Is this just a series of ill-considered, kneejerk vanity projects by the town council to tick quota boxes?

“How dangerous is that access going to be across the ‘ransom strip’ considering the speed that people drive along Fair Mile?

“This is some legacy we are leaving the young people of the town. We live in the beautiful Chilterns but appear to be hell-bent on destroying the very thing that makes — or made — Henley an attractive town to live in.” Councillor Arlett said that public consultation wasn’t necessary as the principle of development was established in the neighbourhood plan.

He said: “There are a lot of mistruths in this letter. The slow worms are only on part of the site and while I don't recall the exact figure, the survey didn't find loads.

“We have land where they could go but it seems crazy as they live all along that part of Fair Mile, and always have done, so it would have made more sense to fence part of that field off.

“However, the planning officers want them moved so that's what's needed if development is going to happen. Personally, I think they'll just reappear as they're not confined to that specific area.

“We're negotiating with the developer and once the strip is sold, the details will all come out. I don't know where £3 million comes from but we'll get a share of whatever Thames Properties is willing to pay.

“This has been raised by someone who doesn't want development at that end of town, which was an issue during the neighbourhood plan process but in the end we struck a balance and satisfied most people.

“The scheme is already in the neighbourhood plan and if we can make money for the community it can only be good.

“A small number of people might still be against this but thousands may feel differently.”

Opponents also claim there are badgers on the site. The survey found no active setts but agreed they might sometimes forage there so recommended protective measures during construction.

The district council was meant to have decided the application by August but is still in discussions with the developer.