Woodland walk with nothing but the sound of nesting goldcrests 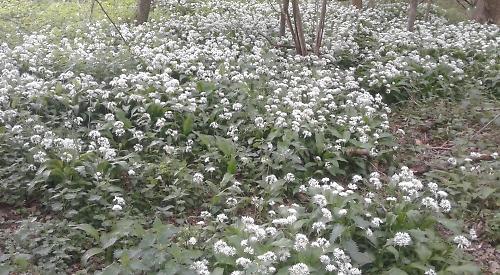 WAY back in the Seventies, when I was a young lad (and with my parent’s permission), I started to explore the local woods and lanes. I would climb trees and make dens.

Back then the house sparrow (Passer domesticus) was a common sight and probably one of the first birds that I’d see every day. But no longer, they have largely disappeared from our suburban landscape.

Today there are still a few pockets of our chirpy little friends in Caversham. I hear and see them on my visits. They amuse me as they tuck themselves away in the middle of hedges or shrubbery as if in preparation of an unforeseen apocalypse.

I know of none at home in Emmer Green. The space around Caversham library and the baptist church seem to be little hot-spots for them, the area outside my doctor’s surgery in Hemdean Road harbour a small but persistent troupe but essentially that’s it.

Why the decline? A big question indeed. Are there any of these once common birds in Henley, Marlow, Goring or Watlington? I’d love to hear.

Starlings (Sturnus vulgaris) have very nearly vanished too. The last one that I saw was a solitary bird searching for scraps on the old platform four of Reading railway station. The debate goes on about these two bird’s demise. I believe it to be a combination of factors. Restricted nesting sites and lack of insects to eat and feed their young.

Standing in the woods that surround Nuney Green lifts my spirits. I’ve known this area for a very long time. It always feels like a homecoming.

According to what I have read the name derives from “Nunnery Green”, a small settlement founded by a group of nuns that fled Reading Abbey during its dissolution. Legend has it that these women hid precious gold and silver items that they managed to secrete and hide away somewhere in the ground hereabouts.

The forest smells and looks as it should right now. This part of the world has lost none of its charm.

My friend Matt Coome accompanies me today. After passing through the small orchid-filled copse that I lovingly admired last week, we walk along an old path towards the little hamlet that survives to this day.

It is a shade short of perfect. Turning left at a junction we head northwards. I’m pleased to see that an old cottage that was once pretty much derelict is being carefully restored. The dainty roof tiles look to be locally sourced. I like that.

Back in the woodland and just short of the old dank and once essential village ponds the ground is covered by a sprawling carpet of flowering ramsons, or wild garlic, quite a super sight with its mass of pure white flowers. An old field maple stands like a custodian as it leans. The flowers of yellow archangel lie at its feet.

We head to the north-west towards Holme Copse and Hawhill Wood — both are intimidating, dark and silent. The only sound that we do hear is from the tiny goldcrests that are nesting somewhere above.

The path that we follow used to be very muddy. Today it is dry and dusty but many plants that depend on the high water table here are looking fine. Wood speedwell (Veronica montana) and yellow pimpernel (Lysimachia nemorum) adorn the pathside.

As we move into a damper part of the wood both pendulous and wood sedges (Carex pendula and Carex sylvatica) are in their element beside our track.

We head back south and I’m quite astonished to encounter the sapling of a western hemlock-spruce (Tsuga heterophylla), a native of North America. Its needle leaves have the scent of citrus. How it got here I know not.

Before returning to Matt’s car and homewards we are arrested by a strange sound that would give me the creeps at night. Above us a beech and an ash are locked in an odd sylvan embrace. It is windy today so I’ve named them the “squeaky trees”.

We have seen nobody today, the closest we've come to humanity was the distant sound of an inter-continental aircraft.

Having been dropped off in Caversham I check up on my mother after her recent eye surgery. It seems that her ragged-looking male robin is a bigamist. He’s wearing himself out, but then, that is his choice.