Apart from pond life, the wildlife is looking good round my way 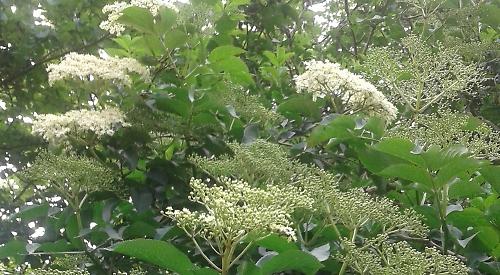 I HAVE seen my first dragonfly of the year in my garden in Emmer Green.

It was whizzing around and about with such speed and dexterity that it was impossible to identify the exact species with any accuracy but it had to be either a southern hawker (Aeshna cyanea) or the slightly larger emperor (Anax imperator).

Neither is supposed to be airborne this early in the year but I suspect that it was the hawker. Is this early emergence a sign of a changing and warming local climate?

Thinking further about the pond at the bottom of my garden, I decided to take a good look and check on its health. The mallard ducks and moorhens seemed to be happy, the former gorging themselves on their daily but unhealthy bread.

The willows appeared as healthy as ever but again I had to drop down to collect the litter that had once again accumulated around their footholds. I will never understand why anyone can consider it acceptable to trash part of our environment by throwing rubbish into the water or elsewhere for that matter.

One thing was puzzling. Where once I would find dozens of frogs, I found just two among the seemingly indestructable and persistent but edible ground elder (Aegopodium podagraria). There once were dozens hopping about. I suspect the worst. Maybe the lethal ranavirus has spread here too.

My uncle Jim, who lives a mile away, has had a small pond in his garden ever since I can remember and he has always had a tidy population of amphibians. We speak later and he informs me that he has plenty of newts but that his frogs have simply vanished. Very disturbing indeed.

On a hopeful note, my sister lives next door and has a cat named Willy. He has obvious green credentials. He regularly comes through his catflap with algea-covered plastic bags that he has snatched from the pond’s edge but he excelled himself recently with a mouthful of frogspawn (now donated to a friend’s pond) so all is not lost. What a cat!

It is time to take off to visit Mum and treat her eyes. I’ve decided to take the scenic route and am happy that I have. There are plenty of flowers out. Buttercups and daisies have turned the grass into a meadow. The flowers of green alkanet (Pentaglottis sempervirens), favoured by bumblebees, are abundant and the elder is in flower, its creamy flowers produce a wonderful scent.

The magpie is all around too, seeking out vulnerable fledgling birds. A friend of mine once told me of an eccentric old lady who despised these birds so much that she would soak pieces of bread in gin, place them strategically and then shoot the intoxicated birds. True story or not, I would not advocate such a practice.

Moving on, I am taken by surprise as a roe deer bounds past. There seem to be more and more of them in suburbia these days.

Speaking to my sister later, she tells me that she has got so fed up with them eating her roses that she chased one off only to see it leap into Emmer Green pond, swim to the other side and then jump over the iron fence and off. I was unaware that deer could swim but then when it comes to nature I learn somthing new every day.