Graveyards providing refuge for wildlife among the dead 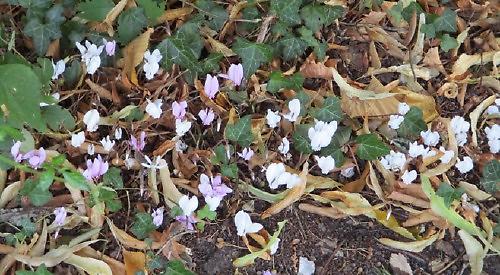 I HAVE long been worried about how our treasured wildlife will survive as the years roll by and have a particular concern about our native flowering plants that provide a major component of the ecology of the world.

Churchyards provide a singular refuge and springboard that give life to insects, bats, birds, flowers and trees.

But many of our resident animals, plants, fungi and lichens are now penned into very small areas.

Our myriad species that were once widespread have been effectively corralled in small parcels of land with few “corridors” to link them.

The pollination and spread of many of our local flowering plants has been compromised. Effectively, the chain of all life is at risk.

The huge increase in the world’s population — it has doubled during my 60 years — has now, in all probability, thrown the earth over a sustainable tipping point.

Wondering about this potential zoological and botanical catastrophe, I called my friend Matt Coome.

We decided to have a look around some of our local churches and their associated graveyards, which might provide a few clues as to what exists between and beyond the brick and flint walls and, more importantly, some hope for the future.

The main threat to our wildlife is isolation. A plant seed can be blown by the wind to find a new home way off by dint of a gust of wind but a weasel may risk its life trying to cross a road to find a mate.

Our old churchyards are very special, small harbours for once common but now rarer plants, and this is why I love them.

Our first port of call is All Saints’ Church in Peppard. Tucked away to the east of the open common and at the end of a narrow lane, we find the building.

It is ancient and in all probability dates back to the 12th century. The church is wonderful but so is the yard around it with a large yew and a beech hedge and, among the gravestones, diminutive cyclamen.

It is a welcoming place with a serene feeling. Although the grass is kept low, plenty of wildflowers grow.

We move on to St Nicholas Church at Rotherfield Greys.

Inside, the magnificent Knollys tomb and the de Grey brass are wonderful to behold but it is outside that I want to see. The grass is springy and almost trampoline-like. Harebell and yarrow are in flower, bumblebees are attendant and there is a light breeze. I like it here — a resting place for our dead but one also full of life.

Our last port of call is the Church of St John the Baptist in Kidmore End.

Above the nearby pond I spy a rare turtle dove to my great surprise. On the healthy water aquatic birds seem to be in their element.

As the morning sun slants over the gravestones, small histories are revealed. The names of once famous dignitaries or those of brave young soldiers, sailors and airmen one stands out, a Canadian only 19 years of age who lost his life in one of the conflicts of the last century.

Kind people have placed flowers on the gravestones in all three churchyards but what I notice most are the wildflowers, white and red clover, bird’s-foot trefoil, field scabious and, of course, little daisies that pay the greatest tribute of all.