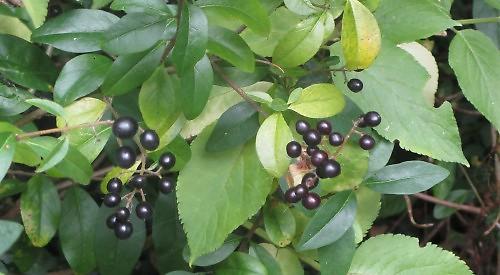 THE wind is blowing hard and there is more to come, maybe with greater ferocity.

I don’t really mind as long as I do not fall victim to the sudden crash and wallop of an enormous tree falling. One has to be careful at all times.

Once dead, trees release valuable nutrients that are absorbed into the soil and eventually are broken down by invertebrates and, more importantly, by fungi upon which our habitable world could not exist.

I’d planned a trip along the River Thames to Mapledurham with my mother but the water was decidedly choppy and the gusts of wind fierce so it will be next week instead, weather permitting.

Some of the looser green leaves of trees are being ripped from twigs and branches but I suspect that the boughs are unworried. I step outside and, after a sudden whoosh of umbrella-distorting power, calm prevails.

I’m taking a spin around my local area on foot today as I can’t cycle thanks to a fractured wrist. Notwithstanding this handicap, I think it is important to make record of any natural changes that I see, some hopefully positive.

Leaving Emmer Green, I drop down into Caversham and decide to have a look around my old playground in Balmore.

Adjacent to my mother’s house, six new trees have been planted by Trees for Cities (a charity) — three tulip trees and three Scots pines.

How welcome they are. The former are foreign, the latter native, but I think that every tree is another helper in our important quest to absorb the increasing amount of carbon dioxide in the earth’s atmosphere. Back in Balmore there are still many examples of English elm struggling to replicate their forebears and dominate the skyline.

Unfortunately for them, they seem to all originate from the suckers of a single specimen and therefore have no genetic diversity to combat the awful legacy of Dutch elm disease.

Wych elm, by contrast, with its distinctly metallic-feeling leaves, spreads through the dispersal of valid seeds. Elsewhere spindle is showing off its distinctive pink fruits and orange seeds — a beautiful sight.

Privet is loaded with black berries that are poisonous to us but a favourite food of many butterflies and moths. The rare but exquisite service-tree of Fontainebleau is once again flaunting its burgeoning berries.

There are no nuts to be seen on an adjacent walnut. The resident squirrel has seemingly nicked the lot.

Sycamore trees are suffering from a form of blight that is evident in nasty looking black leaf blotches. These trees are tough customers, though, so I’ve no worry for them.

As I look around, jackdaws and jays flit about and I wonder what it is like to be a bird.

I meet my friend Gill in Caversham and she tells me of a recent visit to Mill Meadows in Henley where she saw a pair of exotic birds that looked like macaws eating something in the trees.

Perhaps readers of the Henley Standard can provide some photographic evidence as Gill remarks that pictures were being taken by bystanders.

Did these birds escape from confinement or have they arrived under their own volition? Mother Nature often throws up a conundrum or two and, as the world turns and changes subtly, I wonder what lies around the corner, not just for mankind but for the whole ecosystem.