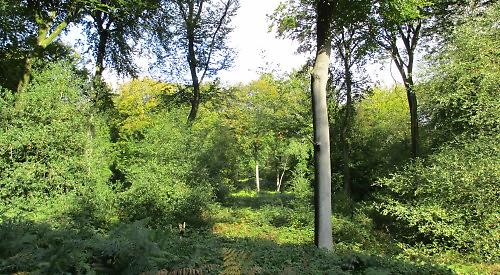 AS I step out this morning a skein of maybe 30 Canadian geese are flying overhead in perfect formation and with such precision that they resemble the British Red Arrows display team minus the unmistakable red, white and blue coloured vapour trails.

The birds are honking as if there were no tomorrow and they are heading south. This introduced species of goose seems to be one of the most common aquatic fowl to be encountered in our lakes, gravel pits and rivers these days.

Shortly afterwards, 20 or so black-headed gulls appear in what I can only describe as flying in a loose group head in the opposite direction.

Odd I think. The geese in all probability are simply heading towards the River Thames, the gulls to a distant landfill site. Who knows for sure? All of our gull species seem to be becoming land-based scavengers rather than maritime fish-eaters and ice-cream robbers.

Shortly afterwards and arriving at my mother’s house in Caversham I spot a red admiral butterfly that is still full of beans on this October day. It is absorbing the autumn sun to the south-facing side of her property. It reminds me of an Ibizan holidaymaker as he or she awaits the ivy to open its sweet little treasure of end-of-year nectar for a sundowner.

Many insects and birds depend on ivy for very good reasons. Not only does this creeping plant provide much needed sustenance for insects that fuels them up to survive winter but it also provides shelter and warmth for our resident feathered friends over the cold months.

Many species of birds feed on its near-black berries as well. Sometimes maligned as it is perceived that it can bring a tree down through its grip and sheer weight it rarely does so unless the tree is already weak or diseased.

When this does occur and after a tree crashes to the ground two things happen. The sky is at once opened up for new saplings to claim the sun and the resultant space above. The ivy will then crawl across the earth in a reptilian manner to eventually find another host.

A huge old oak that stands proud aside Knapps Wichelo, a small wood to the side of Braziers Park near Ipsden, once the home of Major Valentine Fleming a former MP for Henley.

His sons Colonel Peter, the famed explorer and writer and his brother Ian, the author of the James Bond novels is encircled with the largest ivy that I have ever laid eyes on.

It is truly huge but both tree and its embracing lover seem happy to co-exist. The former with a fist-sized and vice-like grip on the oak’s ancient trunk and boughs, the latter soaking the rays of the sun as if oblivious.

I arrive today with my pal Dave Kenny aside Deadman’s Lane on the road to Goring on a left turn just past Cane End. We stride into College or Abbot’s Wood in the direction of Woodcote.

I’ve often driven or cycled alongside this large woodland and assumed it to be yet another vast beechwood with holly. How wrong I have been.

There is lofty oak, cherry, goat willow, silver birch, rowan, yew, whitebeam, hornbeam, sweet chestnut and ash. On entering the wood a kindly sign reads that it is open to walkers only.

A wonderful long ride once bestrode by pylons has been planted with many trees that include small-leaved lime. We can only presume that the electricity supply now lies underfoot.

The path that takes us around these woods is sometimes puddle-bound with common figwort, wood-sedge and raspberry in proliferation.

Several ponds are dotted about, old sawpits crop up here and there. Bracken fills vast areas spreading into the woodland’s quiet interior that surely hold a large head of deer.

This woodland is open, full of sunlight and most importantly a great example of natural regeneration. Where the trees have been thinned the gaps are being filled.

Returning south towards the car we find a large quantity of heather in an open area growing right up to the trunks of sessile x pedunculate oak hybrids.

It must be wonderful here midsummer or coldest winter. For my part it has been a revelation and I depart very happy indeed.

I made reference last week to some trees having been planted in Balmore, Caversham. Sadly one of the three tulip trees has been snapped in half in an act of vandalism.

We desperately need more trees and it breaks my heart to see such pointless destruction. So from joy to sadness in a single day.