I dress up as Desert Rat and collect for Poppy Appeal 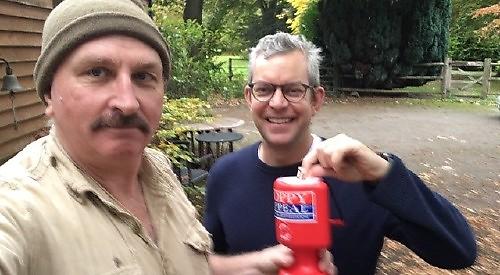 RICHARD PINCHES has been a Desert Rat re-enactor for about four years to keep the memory of his father alive.

He always told his son about his war experiences, inspiring him to carry on telling the stories as a
re-enactor.

Mr Pinches said: “My father was a Desert Rat so I bought that uniform in 2016 and I went to history shows wearing it and I was enthused by other re-enactors and caught the bug.”

He has worn the uniform and others to fundraise for the Poppy Appeal each November since 2017. Last year, he raised £1,600 and this year he collected £2,300.

“It’s a significant increase and I’m very happy,” he said. “Some people bought multiple poppies because they just wanted to support the charity.

“I earned about £617 after standing in the King’s Road car park for one day. People were just giving money because I had dressed up.”

He said: “We do school days and I chat to the kids about the war and I enjoy that.

“I also enjoy speaking to people who have a good knowledge of it themselves. People come up to me and recognise the uniform and say their family was in the war. I’ve met lots of veterans too and I video their memories, like I did with my father.”

His last film was of Dick Charlton, who was a member of the Oxon and Bucks 4th Battalion and now lives at Chilterns Court care centre in Henley.

Mr Pinches will be going to Belgium next year for the 206th anniversary of the Battle of Waterloo. He dresses as an infantryman from the Napoleonic Wars (1803-1815) and takes part in a re-enactment of the final battle between the French and British.

Last year’s re-enactment was cancelled due to the coronavirus pandemic so Mr Pinches marched 2.6 miles around the Stonor Park estate to raise money instead.