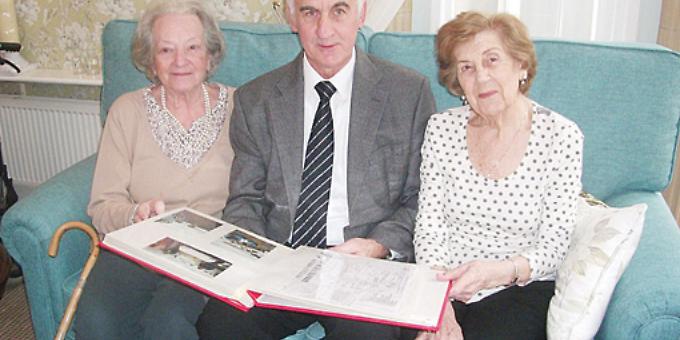 ON first glance, the stately façade, regal columns and large bay windows of the Victorian country house at Thamesfield are what make it stand out as a sought-after retirement location in the Henley area.

The River Thames flowing past the landscaped gardens also sets the tone for a rather special way of life — sometimes tranquil, sometimes bustling with activity, but always a focal point.

Thamesfield prides itself on offering residents a busy and varied social calendar, with a dedicated activities organiser delivering a regular programme of events, including trips out and visiting speakers. The latest talk was given by a former Henley Mayor, and was a much-anticipated New Year treat for staff and residents alike.

Ken Arlett gave an engaging talk on his familial links with the town and his move into politics in the early Nineties. Mr Arlett also talked about his “ten pound pom” visit to Australia where he met his wife, Dorothy, who also joined him at Thamesfield.

The couple spent the remainder of the afternoon chatting with residents over tea and cake, which was enjoyed by all.

Get closer to nature with this award-winning riverside retreat

ARE you 55 or older and have you not yet taken any or all of your pension benefits? The pension ... [more]