Festival in line for ‘rude’awakening 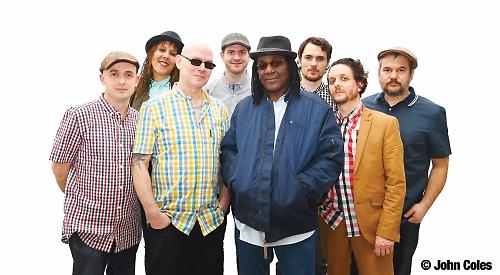 The singer, who was one of the founding members of Coventry ska revival superstars The Specials, is celebrated for fusing traditional ska music with punk rock attitude, energy and other musical elements.

He said: “The way we brought it was mixing Jamaican music with the English style, which was actually punk at the time. Now most people are into ska, they listen to all the people that we talked about that they might not have listened to before.

“This has happened again and again with the different waves of ska. I am hearing lots more young bands now also putting their own spin on ska — some with dance music and some with a rock beat. It’s all good.

The Neville Staple Band are playing the Riverside Stage from 9.30pm.

Other highlights of the opening night include Bang Bang’s Boat Party and the ever-popular silent disco in the Disco Den. Presented by Eighties stars Toyah Willcox and “the Doctor” from Doctor and the Medics, the festival proper gets under way at 2pm tomorrow (Saturday) when From The Jam take to the main stage.

Kim Wilde, who performed at the inaugural festival in 2009, said: “I always look forward to the amazing Rewind audiences, still loving the Eighties and making us all feel 21 again!

“The atmosphere at Rewind is the best I’ve ever experienced and I’m always so proud to be on stage singing with all the artists whose records I still have in my vinyl collection. Happy 10 years, Rewind — you’ve done us all proud!”