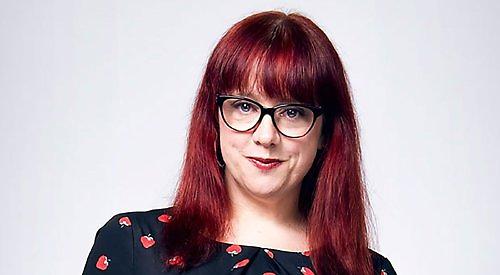 SHE once played a comedy gig in a decommissioned nuclear bunker, so compering the Rewind festival’s Forever Stage next weekend shouldn’t prove too much of a stretch for Angela Barnes, writes Peter Anderson.

Rewind may be best known for its stellar parade of Eighties pop and rock acts, but comedy has been a growing force at the festival in recent years.

The following day compere Angela will be joined by The Raymond and Mr Timpkins Revue for a second set, followed by headliner Tom Allen. Maybe Tom will take the opportunity to ask her about her predilection for performing in nuclear bunkers?

“It was great fun,” laughs Angela. “I am going to go back there and do a gig when I’m up at the Edinburgh Fringe. That could be an idea — a whole series of gigs in nuclear bunkers building up to a final gig in Chernobyl!”

It turns out that Angela’s passion for the history of the Cold War was what sparked her interest. But what — or who — inspired her to give comedy a go?

“I think the late Linda Smith,” she says. “She came from Kent just like me. When I heard her doing comedy on Radio 4 it was just like listening to one of my own family, and it helped convince me that I could do it.”

As well as touring as a stand-up, Barnes is known for appearing on panel shows such as BBC Two’s Mock the Week and Dave’s As Yet Untitled. How does she find switching between the two styles?

“With a solo stand-up, you own that space — the stage is all yours to control. That’s not true with a quiz show, you have to respect the other comedians, let them answer and possibly come out with the punchline that you knew would come. Or, alternatively, if you spot they are stumped for a second, come in with a line of your own. It truly is a team ethos and comics are always willing to help a fellow comedian out, whether on stage or with advice afterwards.”