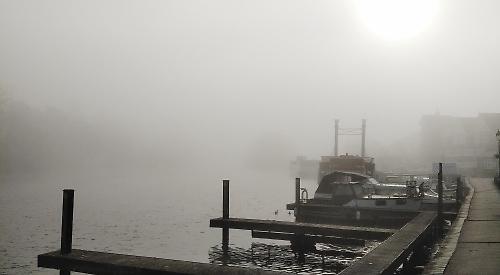 OWNERS of boats moored in Henley will not be charged if they are forced to overstay due to dangerous river conditions.

At present, visitors moored at the town council’s temporary moorings at Mill and Marsh Meadows can stay for a maximum of 14 days, with no return within seven days.

But the council is now planning to amend its policy to bring it in line with Environment Agency rules.

It will mean that if there are red boards on the river at Henley, boats will be permitted to stay until conditions improve without a charge.

Red boards are put up when the river conditions are judged to be difficult and dangerous.

Yellow boards are put in place when the river stream is increasing or decreasing and boat owners will still be charged.

However, the boats may be permitted to stay until river conditions improve at the discretion of the council’s parks services manager.

Councillor Kellie Hinton, who chairs the council’s open and green spaces sub-committee, said: “There is a problem with a two-week limit if there are red boards and people can’t move their boats.”

Councillor John Hooper said: “When the river is fast it is best to moor up until it goes down and the stream relents.

“We have this two-week window but when the weather is such it is not the owners’ fault. There is nothing they can do about the conditions.

“You have got to be sensible and when the water does drop you can say ‘from now on you’re going to pay’.”

In December, a 20ft boat sank at the moorings near Hobbs of Henley.

The boat had been tied down to its mooring and could not rise with the increasing water level. Water came through a port-side window. causing the boat to fill up and become partially submerged.

It was later lifted out of the water and pumped out before being refloated.