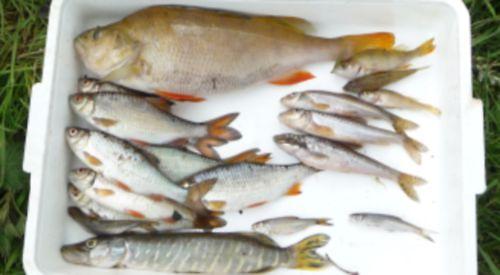 THAMES Water has been fined £2.3million for a pollution incident in Henley that resulted in the death of 1,200 fish.

Raw sewage leaked into the Fawley Court ditch and stream that flows into the River Thames over four days in April 2016.

Aylesbury Crown Court heard that the incident was “entirely foreseeable” but the company had failed to address equipment faults at the Henley water treatment works due to poor management.

There was no adequate monitoring in place to manage the risk of pollution, which was made worse by staff not responding to alarms highlighting faults in the process.

Judge Francis Sheridan said Thames Water should have reacted to the warnings long before it did and the pollution leak and events leading up to it showed “high negligence”.

The court heard that an Environment Agency officer who visited the site in April 23 could smell the sewage in the brown water.

Another witness reported a number of dead fish and sanitary products in the stream near to where the pollution occurred. The agency’s investigation showed ammonia levels in the ditch were up to twice the permitted limits.

The stream took almost a year to recover, having lost almost all its fish.

The court was told that a number of faults at the plant had a significant effect on sewage treatment.

Probes measuring the standard of the treatment process were also out of order.

Officers found oxygen at the plant that helps control the treatment dangerously low 24 hours before the incident.

There was a delayed reponse, or none at all, to the alarms warning of the problem. Part of the sewage treatment process wasn’t even monitored in the week prior to the incident.

Thames Water, whose headquarters are in Reading, admitted one count of causing a discharge of partially treated effluent into Fawley Court Ditch and Fawley Court Stream without an environmental permit.

The judge said he had set the fine high to act as a deterrent and also orderedThames Water to pay the Environment Agency’s costs of almost £88,000.

Jackie Outhwaite, a land and water officer for the agency, who led the investigation, said: “Thames Water could and should have prevented this pollution through better management of sewage treatment.

“Our investigation found the risk of pollution was increased by a lack of measures in place to prevent it.

“The Environment Agency’s enforcement action over several years and the pressure it has put on water companies has led to £30billion of investment by the industry in water quality.

“Discharges of untreated sewage are simply unacceptable and we will work with the Government, Ofwat and the Environment Agency to accelerate work to stop them being necessary.

“Our business plan for the next five years includes an unprecedented amount of investment, much of it directed towards safeguarding the environment.

“We have a long way to go and we certainly can’t do it on our own but the ambition is clear.”

The conviction brings the total amount of fines levied against Thames Water since 2017 from nine cases of water pollution across Oxfordshire, Berkshire and Buckinghamshire to £24.4 million.