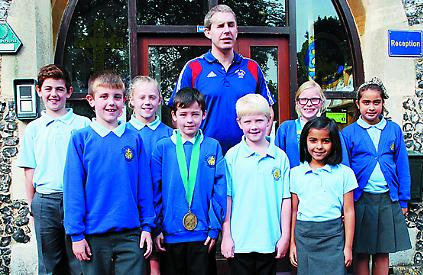 Rose, who came second in the visually-impaired judo at the 2004 Athens Games and also won bronze in Atlanta in 1996, spoke to children at the school in School Lane, Wargrave, about the Be The Best You Can Be campaign, which encourages young people to set life goals.

The project was founded by 21st Century Legacy after the 2012 Olympics and sees dozens of athletes visit schools across the country.

Rose, who lost his left eye and most of the sight in his right to cancer as a child, gave a talk to the school about his career and showed them videos of him competing in Athens.

He also asked a nervous-looking headteacher Sally Akers to take part in a demonstration with him of how Paralympic judo differs from the Olympic version.