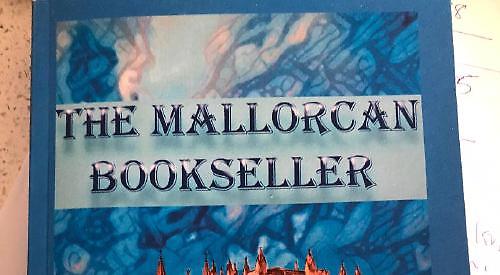 ON Tuesday last week, members of Henley Rotary Club and the Rotary Club of Henley Bridge met together to celebrate the foundation of the organisation that became Rotary International. On February 23, 1905, a Chicago lawyer, Paul Harris, invited three of his business friends to meet together in one of their offices to enjoy fellowship through business.

After that they met weekly, rotating the venues round their respective offices, which was how the name “Rotary” was coined.

They enlarged their circle of members so much that they ceased rotating and shifted their meetings to hotels or restaurants.

By 1907, the club members started carrying out community service work, one of their first projects being to construct Chicago’s first public lavatory.

Thus began the worldwide movement, which today has 1.2 million members in 35,000 clubs in 160 countries.

One of its main successes has been in helping to rid the world of polio, which is now existent in only two remaining countries, Pakistan and Afghanistan, as the World Health Organisation recently proclaimed the continent of Africa polio-free.

In recent years, the two clubs have held a joint meeting on or around February 23 to celebrate and remember Paul Harris, taking turns in hosting. This year the meeting fell on the exact date, 116 years after that first Chicago get-together.

The Henley club convened the event (not in a hotel or restaurant this time but via Zoom).

Club president Nigel Hay welcomed members of both clubs, with the Henley Bridge club being led by its president, Annie Lathaen.

After the candle of friendship had been lit by a Henley Bridge past president, Paul Harrison, the loyal toast was proposed by Mr Hay.

The object of Rotary was recited by the Henley club’s newest member, Craig Wilson, a past president of the Rotary Club of Ayr and a former assistant district governor of Rotary District 1230.

Then, in accordance with tradition, Henley club secretary Philip Fletcher gave the Last Accolades, a passage of words originally spoken by a friend about Paul Harris, when he died in 1947.

Mark Harling, the Henley club’s president-elect, then introduced the guest speaker, Pete Davies, who lives in Wokingham and is a former area commander with Thames Valley Police.

Since his retirement, he has taken up writing and recently published his first novel, The Mallorcan Bookseller, which draws on the many holidays he has spent on the Balearic island.

He described the journey to the writing of the book, which starts with an IT scam.

He explained how he had originally thought that he might be able to sell it to family and a few friends but it had proved popular and sales were now approaching 1,000 copies.

He plans to write at least two sequels, the first of which will be set more in the rural east of Mallorca, near Pollensa.

After questions, during which it appeared that several of his audience will buy his book, Mr Davies was thanked by Annie Lathaen.