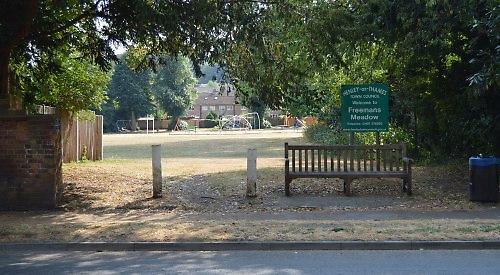 The council registered Gillotts Field in 2010 and Freemans Meadow last year. By doing so, it has protected the land from development and given local people the right to enjoy informal access there.

Kate Ashbrook, general secretary of the Henley-based Open Spaces Society, spoke of the council’s example in an online talk to Henley Rotary Club.

She said the society encouraged other landowners in England and Wales, to follow Henley’s lead and protect their green spaces in perpetuity.

The society is Britain’s oldest national conservation body, founded as the Commons Preservation Society on July 19,1865.

Its first chairman was Lord Eversley (George Shaw Lefevre, the Liberal MP for Reading) and others involved were John Stuart Mill, Octavia Hill and Robert Hunter, who later founded the National Trust, William Morris and establishment figures such as the Duke of Westminster and W H Smith.

Among the society’s early successes was the rescue of Hampstead Heath, Wimbledon Common and Epping Forest. In order to protect threatened spaces, the society wanted to be able to acquire them and this led to its founders creating the National Trust in 1895.

The society raised money through local committees to buy land, which it gave to the trust.

Inspired by Octavia Hill, the society took on rights of way and in 1899 merged with the National Footpaths Society. It drafted much of the Rights of Way Act 1932, which enabled the public to claim routes as highways after 20 years’ use without interruption or challenge.

The society championed common land, all of which has an owner and on which others have rights to graze animals, collect wood or dig peat, for instance.

This land has remained unenclosed through history and any works there require the consent of the Secretary of State for Environment, Food and Rural Affairs.

The society, as a recognised expert, is notified of, and responds to, all such applications.

Ms Ashbrook said the society helped its members to protect their local open spaces in the face of ever-growing development and to fight threats to public paths.

It was combating the proposed changes to planning legislation, which would diminish open spaces.

She added that now people had discovered their local paths and spaces in the face of the pandemic, the society’s work was more relevant than ever.

You can watch the talk at https://youtu.be/xATK8sWX
rMA