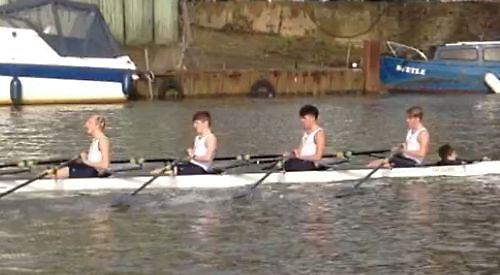 HENLEY Rowing Club athletes have got their season off to a winning start at their recent events entered.

The girls’ WJ16A quad of Caoimhe O’Donohue, Sophia Hahn, Felicity Parfitt and Phoebe Fletcher also delivered a convincing win, 12 seconds ahead of the time of the second boat from Headington.

The women’s J18 squad also delivered some strong performances being narrowly beaten to take second place across WJ18A eights, WJ18A fours and WJ18A pairs, the latter being beaten to the line by just two by a boat from Lady Eleanor Holles School.

Last month at the Weybridge Winter Head the octuplet WJ14 girls finished second, being pipped to victory by Kingston Rowing Club by 16 seconds. Elsewhere the coxed quad of Poppy Wilson also narrowly missed victory, being beaten by Reading by just two seconds in the WJ14 category.