How success of GB rowers is attracting girls into sport 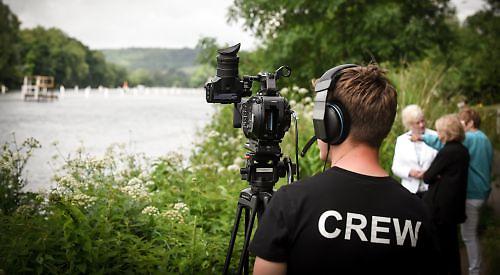 YOU will be hard pushed to miss them when more than 1,800 sportswomen from around the world arrive in Henley next week.

They will be here to take part in the premier regatta for women, a three-day event starting on Friday with 418 entries in elite, senior, intermediate and junior disciplines competing for 26 trophies.

Each winner will receive a specially made medal to commemorate the occasion, which will be marked by two fly-pasts.

It’s a far cry from the first Henley Women’s Regatta in June 1987 when there was just one day’s racing with 97 races and 507 competitors.

Among the competitors that day was Miriam Luke, then just 24, who went on to win an Olympic silver medal and is now chairman of the regatta, doing her best to broaden its appeal locally.

“I’ve always felt that not a lot of people in Henley know about the women’s regatta,” she says. “I want it more to be more central within the community as it is a real gem.”

Despite its low profile, the event is significant for Henley, even if it’s still a long way behind the much older and illustrious royal regatta.

Mrs Luke, who has lived in the town for 27 years, explains: “A lot of the people who come go shopping, go to the restaurants and stay here during the regatta.

“Two years ago we did a survey and established from the questionnaires that it brings at least £300,000 of revenue into the town.”

The women’s regatta was a step ahead of the more famous royal when it became the first to be streamed live on the internet in 2013.

“One of our values is innovation,” says Mrs Luke. “The Boat Race has always been televised and when we streamed our event people loved it and a lot said to me, ‘this is really good’. The royal regatta does it now, as does the National Schools Regatta. Of course, then expectation goes up.”

The cost of streaming the racing in that first year was £5,000, which is a third of what it will cost this year but the organisers are proud to say that this is paid for by sponsorship, not by the competitors’ fees.

Mrs Luke says: “The regatta is well supported by Henley Town Council, which has given us grants and can see the benefit and increase in revenue it brings to the town.

“We also have lots of volunteers, young boys and girls from schools, and students at The Henley College film the racing. They really enjoy doing it and it gives them real experience.” Spectators can watch the racing free of charge from the entire length of the course as there are no tickets required.

There is a regatta enclosure, which is free to enter and has an informal dress code. It is suitable for all the family with a wide range of food and drink available and a shopping pavilion.

At this year’s event Jim Parkyn, senior model maker at Aardman, the company behind Wallace and Gromit, will be there creating a river race scene to which visitors will be able to contribute.

Mrs Luke says: “It is about rowing and relaxing on the side of the river and it is a great place to bring your kids. The royal regatta is quite formal but this is a big community event.”

Competitive women’s rowing can be traced back to the early 19th century when Ann Glanville, a waterman from Saltash in Cornwall, and her all-women crew would beat men’s crews at regattas not only locally but around the UK and France.

From about 1830 women began to form racing crews in British rowing clubs.

However, until the Twenties, the majority of women’s competitive rowing was “style” events where the winning crew was the one judged to have rowed in the most elegant way.

It was during the national championships of 1987 that Rosie May, the then women’s national coach, called a meeting of interested parties to organise their own regatta on the Henley reach, preferably just before the royal regatta.

The date was chosen to fit in with the international racing calendar so that members of the GB national squad could compete along with other international competitors as well as college and university crews.

Mrs Luke rowed in an eight from Thames Rowing Club in London, where she was then living after studying at Southampton University.

Her crew lost in the semi-final by one-and-a-half lengths to the GB eight, which included Dr Ann Redgrave, wife of Sir Steve Redgrave.

The course then was different to the one now.

“The first regatta ran the other way round,” recalls Mrs Luke. “It started at the finish of the royal regatta course and finished at Temple Island.

“This was changed the following year due to the grass. Preserving the site of the royal regatta is very important so we couldn’t have the boating area there.

“The other problem was the congestion it created around Henley Bridge, so we turned it round and had the course finish at Remenham Club and the Copas family offered us the use of their land.”

Mrs Luke, who moved to Henley in 1990 when she became a member of the GB squad, competed several more times, winning in a pair and an eight, and has always supported the women’s regatta.

She says: “Then there was not the opportunity for women to race at Henley Royal Regatta, apart from a few demonstration events.

“But you could see that women’s rowing was becoming more popular, the number competing was increasing and the standard was going up.

“Originally the regatta was one day and now it is three — it has grown massively. This year we have more than 400 entries — that’s 1,800 competitors — and this really reflects the growth of women’s rowing and, in particular, junior girls’ rowing.

“The regatta was originally for universities and club rowers but now a third of entries are junior women, so it’s a huge growth area for the sport.”

The advancement of women in rowing is largely down to Team GB’s success and a concerted effort to encourage schoolgirls into the sport.

Mrs Luke says: “Some of it has been down to the success of women internationally — the Sydney Olympics, Beijing, London and Rio, and Dame Katherine Grainger.

“We have had lots of success at the top but there has been real progress at the other end, the juniors, too.

“There was a project called Project Oarsome where schools were offered rowing machines and feeder systems were set up so kids like those at Chiltern Edge and Gillotts would work on an ergo and, if they enjoyed it, they would go to the local club.

“Reading and Marlow have benefited hugely from that, just like Henley Rowing Club. Whereas rowing used to be for club oarsmen and women, it now cuts across all age groups.

“Girls really enjoy rowing and the camaraderie. They enjoy the fact that it isn’t a ball sport or running and catching. It is something you have to do together as a team. They lose all that self-consciousness with their bodies.”

Mrs Luke herself took up rowing at university and continued after graduating and moving to London to work in buying and merchandising for two high street fashion chains.

In 2000 she won silver at the Sydney Olympics, competing in the quadruple sculls with her sister Guin Batten, Grainger and Gillian Lindsay. This was the first British women’s crew to win an Olympic medal. She retired after the Games.

Mrs Luke now lives in Chiltern Close with her husband David, a history teacher at Chiltern Edge School in Sonning Common, and they have two daughters, Nonnie, 12, and Della, 14, who are both at Gillotts School in Henley. Della was part of Henley Rowing Club’s J14 quad that won gold at the national schools championships last month.

Mrs Luke was asked to take over as chairman of Henley Women’s Regatta from Di Graham in 2012.

“I agreed as I wanted to give something back to rowing,” she says. “The job is huge. We have more than 90 volunteers and they don’t just work in the run-up to the regatta.”

There are lots of meetings throughout the year and she says members of the executive committee are always talking to each other, if not in person, by email or Skype.

Mrs Luke says she has had a lot of support from Mike Sweeney, former chairman of the royal regatta, and his successor, Sir Steve, who is patron of the women’s regatta.

She is also excited about the future of women’s rowing.

“What I expect to see is the increase in junior women’s rowing continuing as we have seen a lot more universities offering rowing,” she says. “That is really exciting.

“We have seen a slight decline in the number of women in club rowing as they have busy jobs and are at a different stage in their life to put in the hours to be successful.

“How we can help them is important as we want to grow our elite standard of rowing across the board.”