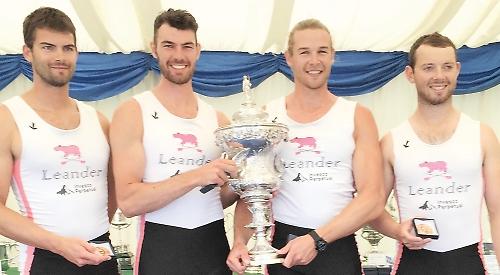 LEANDER athletes had a successful weekend at The Metropolitan Regatta, staged at Eton Dorney, where six wins across various events also earned them the Victor Ludorum Trophy.

British Rowing have recently introduced a new points-based system for all athletes in competition, and ‘The Met’ was one of the first to try out the new status levels.

The following day the tier one four notched up a second win, while Clarke and Gleadowe were first across the line in tier two men’s pairs.

The Leander quad that won the Queen Mother Cup last year at Henley before going on represent GB at the U23 world championships in Rotterdam and are likely to remain unchanged for this year’s U23 championships in Bulgaria in August.