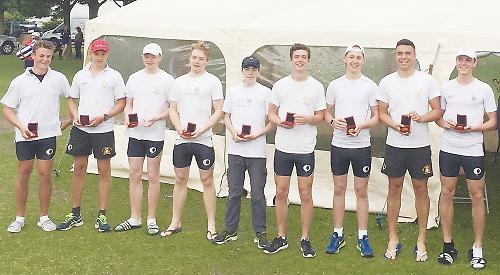 THE Oratory first eight triumphed in the Intermediate 3 eights at the Reading Amateur Regatta last Saturday.

After defeating Windsor Boys’ School in the opening round the Oratory defeated Nottingham and Union Boat Club to secure their place in the final despite hitting
two rogue buoys in the process.