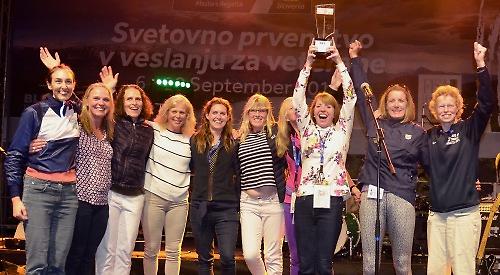 The trophy was awarded to the club that earned the most points in their respective categories.

The five-day event World Masters Rowing Championships started on Wednesday of last week and was competed for by a record entry of 860 clubs consisting of 4,700 athletes who competed in more than 900 races.

Upper Thames men’s squad, who included 21 athletes, won 11 events in all. The men’s trophy was won by Dynamo Moscow. Speaking after the event, Upper Thames cox Crossley, who steered the crews to five medals herself, said: “I’ve lost my voice after so many great races, the girls were outstanding and some of the men’s crews I coxed weren’t too bad either!”

The event closed with a day of mixed crews racing where Upper Thames picked up a further four wins.