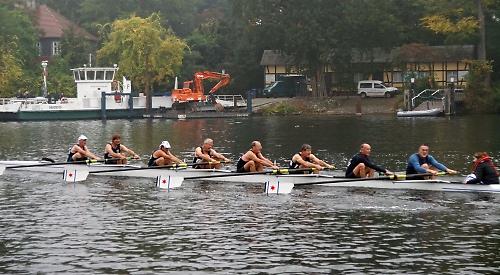 The annual event, which was instigated to celebrate the anniversary of the Berlin Wall coming down, involves a mass start which proved chaotic.

The crew aims to return next year to compete in the race that passes under the bridge where the famous Gary Power spy exchange took place.