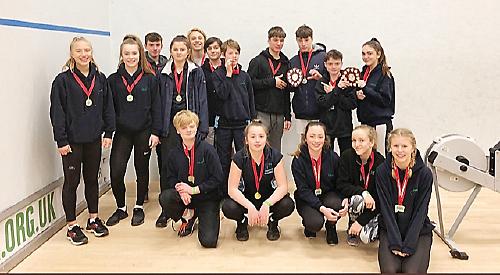 Sixteen pupils from the Henley school took part in the indoor rowing finals on Tuesday of last week where they returned with a clutch of medals, predominantly gold.

The finals took place on ergos and started with timed pieces. The final events were relays, with students swapping places on the ergos.

Gillotts took first place for year 10 boys with Ben Doyle, who is not a rower, putting in an exceptional performance as he took all top four places with the Year 9 girls.

The year 9 boys took all three top places while the Year 8 girls took first and second and the Year 8 boys first place.

In the relays both the U13 and U15 teams took first and third places.

In the final count, Gillotts took home the trophies for top performing school in both U13 and U15 age groups.