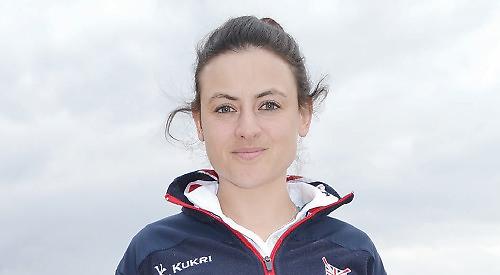 The 30-year-old, who is a member of Henley’s Leander Club and coxed for Team GB at Rio in 2016, discovered the growth by in December while taking part in a research study.

Doctors said the tumour, known as a haemangioblastoma, had probably been there for some years. It was not causing any symptoms but could eventually have interfered with her movement and co-ordination.

De Toledo underwent a 12-hour procedure at the John Radcliffe Hospital on Friday. In a blog post in which she nicknamed the growth “Steve”, she thanked doctors, nurses and her friends and family including her partner Alex Woods, a former rower and registrar at the hospital.

She said: “The surgery that was supposed to last three to four hours ended up lasting well into Saturday morning. Steve turned out to have not one or two blood vessels feeding him but a huge blood supply, each part of which had to be individually dealt with.

“Whilst this was slow and complex, the operation was pretty successful, and I managed to get discharged home feeling pretty good for someone who just had brain surgery!

“I am so hugely grateful to everyone who looked after me, from the surgeons and anaesthetists who stood there staring at my brain for most of the day, to the amazing nurses who were just phenomenal, every single one.

“I of course had my incredible family and friends there, not least Alex who called in some favours to get me a bed when I needed it on Friday. Everyone has been so wonderful and supportive, it’s totally overwhelming, especially given how (reasonably) well I feel.

“Admittedly I get quite dizzy when I stand up and have a good going headache but given how recently I had this surgery, and how much worse it all could have been, I really do feel incredibly lucky.”