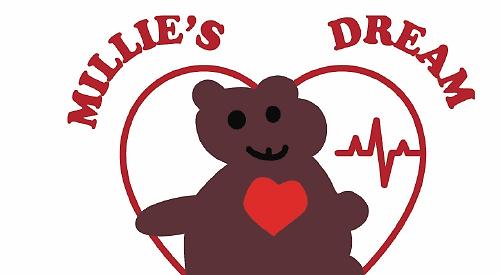 A DEFIBRILLATOR has been installed at Upper Thames Rowing Club in Henley a year after a member died of a suspected heart attack while warming up.

The £900 device was provided by the Millie’s Dream appeal and paid for through the club’s fund-raising efforts.

It was officially unveiled on Saturday by Olympic rowing champion Katherine Grainger and 11-year-old Millie Roberts, after whom the appeal is named.

It will be kept in a locked box at the entrance to the clubhouse off Remenham Lane and signs will be installed on the River Thames towpath to alert members of the public that it is available.

A 999 operator will provide the code in the event of an emergency.

The ceremony marked the first anniversary of the death of David Church, 74, the club’s former facilities manager and a member for more than 50 years, who suffered a suspected heart attack while using an ergo. Later this year the club will be naming one of its coxless fours in his memory while his widow Judith will present prizes at the Henley Masters’ Regatta next month.

Millie’s Dream was set up by Sarah Roberts in 2013 after her daughter, who attends the Oratory Preparatory School in Goring Heath, was diagnosed with a heart and lung condition.

She set out to install 10 defibrillators in schools but found there was such high demand that she revised her target. The appeal has so far provided 60 devices.

Mrs Roberts said: “It’s always very, very sad to place one of these after a bereavement but it is good that something positive can come out of it. Between this and the one we’ve installed at Leander Club we’ve got a good stretch of the river covered.

“The charity Cardiac Risk in the Young shows that many such deaths happen in areas where people are taking part in activities, whether that’s rowing or golf.

“British Rowing is very keen on screening athletes but it’s the everyday clubs that need the defibrillators as they’ve got members of all ages.

“We’re really grateful to Upper Thames for supporting this and it’s an honour that Dame Katherine was there to unveil it on the day of the Henley Women’s Regatta.”

Dame Katherine, who is a patron of the appeal, said: “This is a vitally important piece of machinery, albeit one you hope never to have to use.

“It’s great that the charity exists and its success is a testament to the huge amount of work that Sarah puts in behind the scenes.”

Justin Sutherland, the club captain, said the club has a large and active over-65s group called the Silver Tops. He said: “It’s brilliant that we have this and the timing couldn’t be more fitting.”