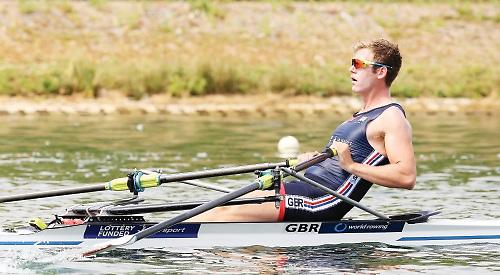 A TOTAL of 31 Leander Club athletes have been selected to represent Great Britain at the World Rowing Championships, which get under way in 10 days’ time in Plovdiv, Bulgaria, writes Robert Treharne Jones.

The women’s eight and men’s four remain unchanged after their silver medals at the European Championships in Glasgow, as does the lightweight men’s single sculls with Leander’s Sam Mottram.

Angus Groom is back to full fitness after missing the Europeans and will partner Jack Beaumont in the men’s double sculls, in which the two men won gold and silver in the 2018 World Cup series.

Harry Leask returns to the single scull, in which he raced at two World Cups this year, with Tom Barras, last year’s bronze medal single sculler joining Graeme Thomas, Jonny Walton and John Collins in the quad, the boat in which the three men won silver last year.

Rowan McKellar and Hattie Taylor took an impressive bronze in the women’s pair at World Cup 2 in Linz and will look to make their mark on the World Championships stage.

In the women’s quad, stroked by Olympic silver medallist Zoe Lee of Imperial, Leander’s Jess Leyden returns to the line-up, having missed the last two regattas with injury.

Chief coach Mark Banks said: “This is a fantastic result for our athletes, but just as important is the significant proportion who came through the Leander development academy programme before being selected for the GB team.”