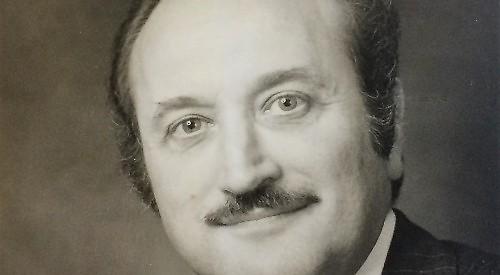 MARTIN Brandon-Bravo, who has died aged 86, served as a Conservative Member of Parliament for Nottingham South and rose to national and international prominence in rowing as an oarsman, umpire, administrator and the man who spearheaded the development of the UK’s first 2,000m rowing course.

His involvement in the sport led not only to membership of Leander Club in Henley, to which he was elected in 1977, but also to his election as president of the Amateur Rowing Association (now British Rowing) from 1993 to 2001.

Martin Maurice Brandon-Bravo was the youngest of three brothers born to working-class parents in Stoke Newington, London, and moved to Nottingham after completing his National Service with the Royal Artillery in 1951.

His interest in the textile trade led to him taking up a trainee manager position with Richard Stump Ltd, where he rose to become managing director in 1979.

Mr Brandon-Bravo began a lifelong association with Nottingham and Union Rowing Club in 1952 and five years later was elected captain. The club went on to win the Wyfold Challenge Cup at Henley Royal Regatta in 1963 (and again in 2010).

From 1983 until his death, he was the club’s active president.

An international rowing umpire for 28 years, Mr Brandon-Bravo was the driving force, on behalf of rowing, behind the development of the National Water Sport Centre at Holme Pierrepont in Nottingham.

He found himself up against the hierarchy of the Amateur Rowing Association, which did not want the first 2,000m course in the country to be anywhere other than in the Thames Valley.

Other vested interests were concerned that the new course would effectively be in conflict with the royal regatta but Mr Brandon-Bravo was adamant that Holme Pierrepont would not conflict with Henley in any way — and he was right. He always loved Henley and attended the majority of regattas.

For many years he was a Conservative councillor for the City of Nottingham and was elected MP for Nottingham South from 1983 to 1992.

After leaving Parliament, he was elected to Nottinghamshire County Council. He retired in 2009, when he was made an alderman.

For many years, Mr Brandon-Bravo kept a second home in Henley, where he spent increasing amounts of time in later years, hoping eventually to move to the town.

However, as he became increasingly dependent on the facilities at Queen’s Medical Centre in Nottingham, he decide to stay put.

Mr Brandon-Bravo is survived by his wife Sally Wallwin, whom he married in 1964, and their two sons.