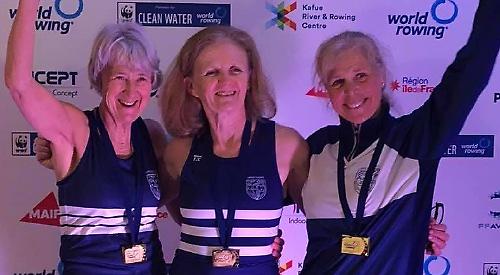 Mary Bromilow won the Lightweight Over 70s division in a time of nine minutes, 31 seconds, beating the French champion by nearly 30 seconds.

All three won the equivalent national event in December at the National Velodrome in Olympic park at Stratford, all improving on the times at the earlier event.