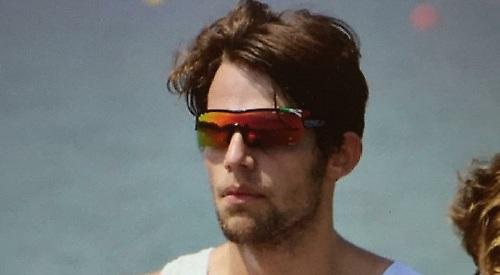 FOR Tom Ransley, the postponement of the Tokyo Olympics signalled the end of his career.

The double world champion was all set to be part of the men’s eight defending their title this summer but the event has been rescheduled to 2021.

But the Leander Club athlete admits he had been considering ending his 20-year career and that the coronavirus pandemic had made the decision for him.

He said: “My form had plateaued and the thought of trying to eke it out to 2021 wasn’t a good thought.

“If you’re not all guns firing, then you're probably not in the right place. The postponement was the confirmation I needed to know that it was the correct decision.”

Ransley said: “In the end, Tokyo was never going to be my Games but it might have been and I was aiming for it. It’s really tough. I’m so goal-orientated, when I get my teeth into something I really want to see it through. So to not get there is a different reckoning that you have to deal with.

“It is gutting but having been in the sport so long, I have the perspective to know that elite sport is really fine margins.

“I’ve proven myself under a lot of pressure and I feel thankful to have had that opportunity and to have managed to pull off the gold.”

Ransley, who has won 23 international medals and was made an MBE in 2016, is the first Olympian to link his retirement to the pandemic.

He started rowing at York City Rowing Club when he was 15 and then moved to the University of York and Cambridge University, representing it twice in the Boat Race.

He made his debut for Great Britain in 2007 at the World under-23 Rowing Championships in Glasgow.

Ransley describes winning bronze in at the London 2012 Games as “bittersweet”, saying: “It was a tough one to take at the time. I don’t think we did anything wrong.

“It was an absolute privilege to be able to race at home in front of an awesome Dorney crowd and, over time, the bronze has meant a huge amount to me.

“When I take the medal out on school visits and see kids’ faces light up, I’m really glad in hindsight to have that medal.”

Then in 2013 he became a world champion, setting a course record on the Sydney Olympic course and went on to win two World Cups. It was the first time ever that a GB eight had won at the world championships.

Ransley says: “It was great to come off the back of the bittersweet London Olympics and find some world-class form. We then managed to defend that world title in 2014. For a crew who had always been near the top, but not quite there, it felt amazing to finish on top of the world and then defend it.”

Ransley describes his gold medal at Rio as “very special”.

He said: “I had a brutal time trying to get myself there, as did the rest of the crew. “There were some really tough individual journeys along the way and I’m incredibly proud to be in the company of that eight.

“There are so many legends in the boat — world and Olympic gold medallists — and working directly under Jürgen Grobler [Olympic chief coach] is always an honour. I have lots of special memories of that tight-knit team.

“The race itself felt like it was a decade in the making. It was what I’d been aiming for my whole career. To be able to win the big one in an awesome setting was amazing.”

Ransley, who is married to Karla, plans to stay in sport, possibly in the media, and wants to continue to support British Rowing.

Grobler paid tribute to Ransley, calling him as “big team player”, adding: He’s someone you’d always want to have in a boat. He was always positive and would always go above and beyond for the team.”