Thornley injured in fall from bicycle 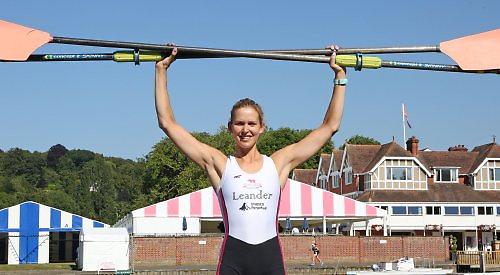 OLYMPIC silver medallist Vicky Thornley broke her elbow after falling off her bike.

On Twitter she wrote: “I came off my bike, kissed the tarmac, hit my head pretty hard and broke my elbow

“As much as this isn’t ideal, it could have been a hell of a lot worse when you take on a van.”

She thanked NHS staff at the Royal Berkshire NHS Foundation Trust and the Wrightington Hospital, near Wigan, a world-renowned centre of excellence that specialises in joint surgery, for looking after her.

She gave special thanks to consultant elbow and upper limb surgeon, Professor Adam Watts, who runs ElbowDoc, for putting her elbow “back together so I will be pulling on that ergo handle in no time”.

She also thanked fiance Ric Egington, a retired Olympic rower and former Leander Club captain, for being by her side and “actually being quite a good nurse”.

Annamarie Phelps, former chair of British Rowing, added “So sorry to hear that Vicky! At least you’re super-fit, you’ll bounce back in no time. Take care get better soon and back in that boat.”

Thornley was due to compete in the single sculls at the Olympics in Tokyo this summer before they were moved to next year due to the coronavirus pandemic.

Meanwhile, British Rowing, British Cycling and British Athletics are teaming up with Blue Peter to row, cycle and run the distance between the TV show’s studio in Salford and the Japan National Stadium in Tokyo in just 30 days.

The Train Your Way to Tokyo challenge will involve Blue Peter presenter Lindsey Russell joining forces with athletes from the three GB squads to cover the 9,448km distance, an average of 314km per day.

The group effort is running until June 16, with the final film being shown on Blue Peter on June 18 at 5.30pm on CBBC.