Cox gives advice to help others in lockdown 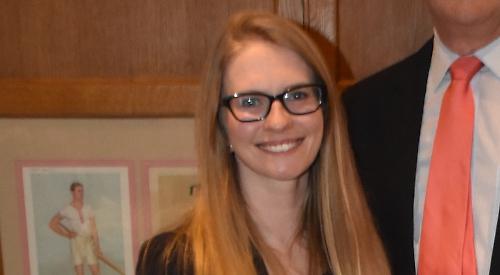 A COX at Leander Club has been giving hints and tips about how to stay active and occupied in the coronavirus lockdown.

Erin Kennedy, the double Paralympic world champion, has used social media to give an insight into what she is doing to use the time off the water to improve.

The 27-year-old, who was part of the winning para four at the world championships in Bulgaria in 2018 and Austria in 2019, says it is important to evaluate your own performances.

She said: “Look at your [race] recordings — they are really helpful but, often in the midst of the summer season, it is really easy to overlook them.

“Key things to look out for are tone, volume and language. What are you trying to get out of a crew, did the things you were saying translate well?”

Kennedy suggests speaking with other coaches, too, to see if you can listen to their race recordings to add variety and as a way of picking up other ideas.

She added: “There are some great recordings on YouTube so it might be worth tapping into some of those and listening to someone else.”

Kennedy says it is important to stay in touch with your crew during lockdown.

“A huge part of the cox’s role is not just what you do in the boat,” she says. “It’s also what you do out of the boat and your relationship with them.

“It builds trust and builds their confidence in you so on the water, during a race, they really listen to what you are saying and trust you.

“Make sure you are engaged with the group because you are just as much a part of it as the athletes.”

Kennedy suggests getting involved with their training.

She said: “It’s given me an opportunity to push myself and I think athletes really respond when they see coxes get stuck in. When we ask them to work a bit harder, they know we have suffered a little bit during the season. Coxing also takes a big toll on the body and we often neglect that and get on with it.”

She also advises working on your own personal development. She has been studying sports psychology.