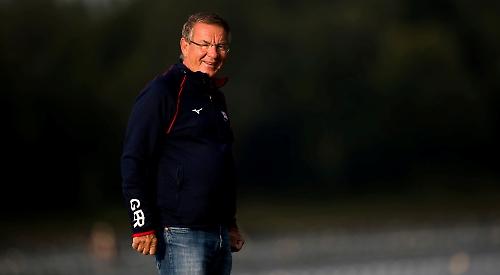 JÜRGEN GROBLER has stepped down as the head of British Rowing after almost 30 years – ahead of next year’s rearranged Tokyo Olympics.

The 74-year is the most successful Olympic rowing coach in history having first coached East Germany before becoming head coach of Great Britain.

Grobler has won medals at every Olympics since 1972, except for Los Angeles in 1984, which was boycotted by East Germany.

He had planned to retire after the 2020 Games, which was postponed due to the coronavirus pandemic and will now take place 11 months later than planned.

Grobler, who lives in Henley, has not officially retired from coaching but has no immediate plans to seek another role.

He said: “I have had the most incredible experience with the Great Britain rowing team, working with fantastic British athletes for nearly three decades.

“This has been a hard and difficult decision but British Rowing has big plans for Paris 2024 and we want to organise it now to give the team the best chance of success.

“I can’t commit for the next four years so I have resigned in order to let everything start now.”

In addition, 21 of his crews have won medals at World Championships since 1993, including 14 gold.

Grobler’s first two Olympic titles with Great Britain came from the pair of Sir Steve Redgrave and Sir Matthew Pinsent, now chairman and steward of the Henley Royal Regatta respectively, at the 1992 and 1996 Games.

He then presided over their move into the coxless four, which won gold at Sydney in 2000 and in the same year won Coach of the Year at the BBC’s Sports Personality of the Year ceremony.

Grobler was made an OBE for services to rowing in 2006.