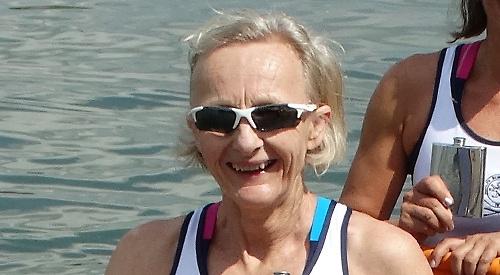 FIFTEEN members of Henley Rowing Club have had to self-isolate after a female junior tested positive for coronavirus.

The girl, who is part of the club’s women’s junior 17 squad, felt unwell a few days after returning from a school trip to Greece.

She took part in a two-hour training session on the river on Monday afternoon last week but didn’t feel well enough to return the next day.

She had a covid-19 test on the Wednesday and told the club the next day after learning it was positive.

As a result, 15 people who had trained at the same time as her were advised to self-isolate for 14 days and Public Health England was informed.

Helen Turnell, chairwoman of the club, said: “We have our own track and trace system, so if something like this happens we are able to get in touch with everyone.

“We have actually contacted all our members as a fallback position to make sure we’ve not missed anyone out. One or two of those who were advised to self-isolate have gone for testing just for their own peace of mind but none of those has tested positive.

“The member who tested positive did not feel like she had symptoms of coronavirus. She has been a member for about three of four years and was at training on Monday.

“They were doing an outdoor session in single sculls, so it was much easier to stay apart from the other boats. Even if you are in a group of boats you have blades between you and can’t get too close.

“On Tuesday, she didn’t come to training because she wasn’t well and that is standard practice for what we expect people to do.

“She had a sore throat and runny nose and thought it was a just a normal cold.”

Mrs Turnell said the girl had been part of the Greece trip with fellow pupils from Sir William Borlase’s School in Marlow the previous week. She added: “Several of her friends weren’t well after that, so she went to have a test and came back positive.”

In a message to all members of the club, Mrs Turnell said: “This is a stark reminder for us all that keeping the required 2m social distance and not coming to the club if you’re unwell, or have covid-19 symptoms, is extremely important.

“Please wear a face covering on land and in the gym if your social distance is reduced to 1m+, as per Government guidelines.

“Compliance with club operational plans is part of the terms and conditions of our membership.”

The club re-opened its indoor gym facilities on Monday ahead of the new season.

There is a detailed timetable in place for each age group to help limit the number of members on site or training.

Members are advised to arrive “ready to row” as the changing rooms remain closed and to respect one-way systems at all times.

Mrs Turnell added: “We would typically start our season in September. The gym is back open but with booking restrictions.

“We have quite comprehensive coronavirus guidelines in place, both for on the water and in the gym, which we hope everybody is following.

“We are doing what we can to keep everybody safe, maintaining social distancing and wearing face coverings when we need to. We are doing our best.

“Everything has gone pretty smoothly. We’ve gradually introduced more groups and have taken it very slowly but we are making progress with timetables in place and so far it has gone well.”

Meanwhile, the school
re-opened as planned yesterday (Thursday) but has introduced staggered starts.

It had postponed the start of the new term until next Thursday due to about 20 pupils, including the rower, who had been on the trip tested positive for covid-19.

However, after liaising with Public Health England, the school realised that those pupils had not been in school recently so it was safe for other children to return, said Buckinghamshire Council, the education authority.

The school has introduced a raft of safety measures and has written to parents.