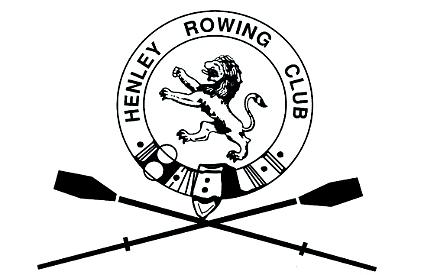 YOUNG rowers from Henley will be unable to train at their own club if and when South Oxfordshire returns to tier 4.

Henley Rowing Club was set to
re-open this month under the tighter government coronavirus restrictions but as the club is on the Berkshire side of the river, juniors from town couldn’t cross the bridge to train.

The ruling, which was made by the Department for Digital, Culture, Media and Sport, Sport England and British Rowing, meant that more than 50 juniors from Henley couldn’t train at the club but juniors from Reading and Maidenhead could, despite travelling further.

The club in Wargrave Road is now closed again anyway due to the national lockdown.

However, club president Miriam Luke fears that the rule will still apply once the lockdown restrictions are eased.

She said: “It’s hugely saddening to see the effect this is having on the young people. They can’t understand the rules. It is very frustrating for them.

“It’s a decision that has been made right at the top of government and one that has been made quickly, which means this issue has been overlooked.” Mrs Luke, a former Olympic medallist who is also chairman of Henley Women’s Regatta, complained to Henley MP John Howell and Maidenhead MP and former prime minister Theresa May. Both responded by saying they would take up the club’s case.

Mr Howell called the ruling “bananas” and said he would raise the issues with the relevant bodies.

“I don’t see why the boundary should affect travel if both counties are in the same tier,” he said.

Mrs May said: “The club has an impressive sporting pedigree which benefits us locally, including in my Maidenhead constituency, and some children were losing out.

“So, while we all hope that the rollout of the vaccine will lead to a return to normality, I have written to the Secretary of State to raise this case so that they are aware of the problem should they need to look at similar arrangements in the future.”

Mrs Luke said she was happy that both MPs recognised the “flaw”.

She has proposed a 10-mile radius travel limit around the club, which would mean all 100 or so juniors aged 13 to 18 could still train, and says the club has processes in place to prevent the spread of covid-19.

Mrs Luke said: “We have had no known coronavirus cases that have been contracted while rowing outside or by being at the club. When juniors are training in singles they are more spaced out than if you were walking or running.”

The interior of the club is closed on the advice of British Rowing, the sport’s governing body, but training on the river was allowed in single sculls, together with adaptive rowing, before the lockdown.

Rowers are encouraged to wear masks and observe social distancing and the equipment is sanitised after each use.

Mrs Luke, 55 of Chiltern Close, Henley, said it was important that juniors were able to continue trainiing as it helped them physically and mentally.

She said: “Rowing is the only outlet that the juniors have and is a very important part of their routine as they train daily.”

Mrs Luke, who won silver at the 2000 Sydney Olympic with her younger sister Guin Batten as part of the GB women’s quad, is also concerned as a parent.

She has two daughters who row and are now having to train at home. Della, 18, normally trains in Marlow and is hoping to get a scholarship for an America university and Nonnie, 16, trains at the Henley club.

Mrs Luke said: “We understand that we must stay at home and save lives but they only left the house to do their rowing and of course that’s gone now. Their rowing is very important to them.”

During the lockdown, rowers are training on ergometers with the club’s coaches on Zoom, as they did during last year’s two lockdowns.

Mrs Luke praised the coaches, saying: “They have been very creative and it’s keeping the juniors motivated. They sometimes do competitions in break-out rooms on Zoom with first, second and third places awarded. It’s the juniors’ focus for the day and it also provides them with interaction.”

A British Rowing spokesman said: “We continue working through UK Government guidance to help support rowers and rowing clubs to get back on the water when it is safe and responsible to do so.

“We recognise the restrictions over the last year have been extremely frustrating for our clubs and members. However, we are also conscious of the scale of the pandemic and the need for these restrictions. We believe everyone has a responsibility to each other at this time.”