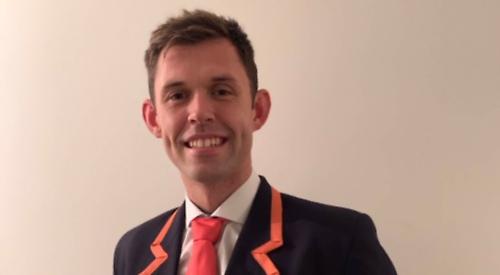 ROWERS who are due to compete at the Olympic Games this summer say they are hopeful it can still go ahead as planned.

Tokyo 2020 was postponed by a year in the wake of the coronavirus pandemic, which is still wiping out sporting activities across the world.

But with three vaccines now approved for use to combat covid-19, athletes are hopeful that by the summer enough people would have received the jab to allow the Games to go ahead.

John Collins, 31, of Upton Close, Henley, who rows for Leander Club, says a lot could change in the next few months and he is training to make sure he is prepared to
compete.

“With the way that the vaccinations are going, I am more hopeful that the Games will go ahead.”

Jack Beaumont, 27, who lives in Nettlebed, is captain of Leander Club and says he and his fellow athletes are trying hard to stay focused.

He said: “I am trying to not to think about the Games not happening. I have to plan for them going ahead to make sure that I get the necessary training in.

“I feel that people’s lives across the country and the whole world have been turned upside down by covid-19 and we have been fortunate, as elite sportspeople, to keep training so we are all trying not to lose our focus.

“As a team we are training really well and are making sure we are in the best place to compete.”

Last week, Sir Matthew Pinsent, the four-time gold medallist, called for this year’s OIympics and Paralympics to be scrapped with the virus still raging.

He said Tokyo should be offered the 2024 Games instead and the Olympic cycle be reset.

For Collins, delaying the Olympics wouldn’t mean the end of his career, even though he would be in his mid-30s, and believes he would still be able to compete at that level.

He said: “It wouldn’t be disastrous if the Games do not go ahead because there will always be another one. I would like to get this one done but if I have to wait another three years then so be it.

“I know that I am still improving. In 2020 I got more personal bests on the rowing machine than I have at any other time before and I am there or thereabouts at gold medal standard from a physical point of view.

“Being older might make things more challenging but I won’t shy away from that. I back myself to keep getting better.

“What I am good at is breaking down my performances and to look at where I can improve and get better in the next year. I have that motivation and see the Olympics as a job that I need to do and that will still be the case even if the timeframe is changed.

“If it does get delayed and I do miss out, that would be tragic, but that is the way that sport works. There have been a lot of sporting careers over the years that have been ended due to bad timing but I am more hopeful that this summer’s games will go ahead now we have a vaccine that’s going out at quite a rate so I remain positive.”

Beaumont admits that last year’s postponement was “very disappointing” but understandable given the circumstances, although he fears another delay might mean more athletes pursuing careers instead.

He said: “I have no concerns over my ability to make another Great Britain squad in the future but it might be for some that having to wait three more years is too much. What we are all doing is putting all of our eggs in the ‘it’s happening’ basket.”

Both Collins and Beaumont have rejected the idea of receiving a vaccine early to enable the Games to go ahead and want the vaccine roll out to run its course.

The British Olympic Association has already stressed that there is no question of athletes jumping the queue to secure vaccinations.

Collins said: “My Nan is in her late 80s and she has just had it [the vaccine] and if I was told I would be bumped up the list I would feel bad.

“But, in a few months’ time, millions of people will have been vaccinated and then if it is considered then it might not seem as ridiculous.”

Beaumont added: “What I would like to see is athletes tested more regularly and, if we get to the stage where all the vulnerable people get vaccinated, then fine.”