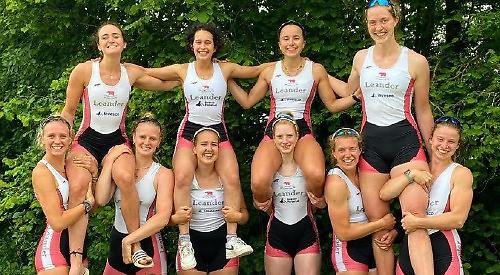 The regatta was held over two days with time trials and finals on each day in all events, giving most the opportunity to race in more than one event.

The men’s four of Charles Wait-Roberts, James Robson, Iwan Hadfield and Ed Grisedale won their time trial and later in the day secured a comfortable win in the final by six seconds.

The women’s quad of Katherine George, Imogine Magner, Xanthe Weatherhead and Carla Russle won their event whilst the men’s double of James Cartwright and Olly Costley also managed to win by a narrow marin of 0.4 seconds.

First up on Sunday was the women’s eight who raced well to win their final.

The women’s quad, with one change — Seun Olyboden in for Weatherhead — secured another comfortable win in their event.

In the men’s four, the crew was completely changed from the winning crew the previous day with Sam Mckeown, Luke Green, Bryn Ellery and Connor Brown coming out of the eight to take the win.

After the success of Saturday’s double scull, Cartwright and Costley were joined by Keating and Reiser to race the men’s quad where they performed well to win by more than 10 seconds.