Regatta trophy in memory of hero 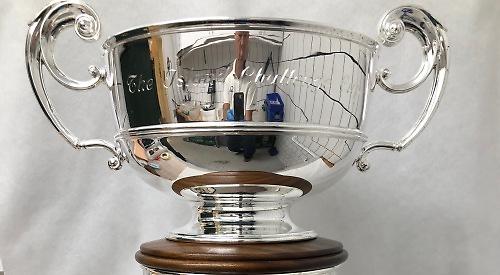 THE Island Challenge Cup for coxed eights was supposed to be introduced at last year’s Hernley Royal Regatta but that was cancelled of course.

So it was raced for this year and the inaugural winners were Oxford Brookes University.

The trophy was donated by Chris Morrell in memory of his father, Lt Charles Morrell, who rowed at the regatta for Thames Rowing Club in the Twenties, once in the Grand Challenge Cup twice in the Thames Cup.

He was appointed British rowing team’s manager at the Amsterdam Olympics in 1928.

Lt Morrell was presented with the rose bowl in recognition of his bravery in saving a young man from drowning in the Netherlands during the First World War.

The cup was later fitted with a sterling silver and polished sapele wood base.