Bus tour and row-past for our rowing heroes 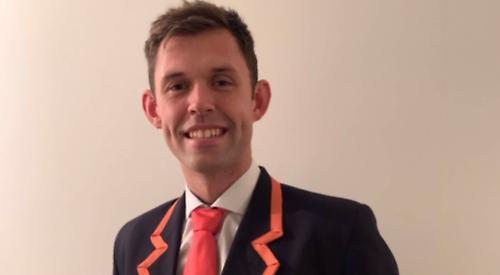 A CELEBRATION is to be held for the athletes who competed at the Olympic and Paralympic Games in Tokyo this summer.

It is being organised by Leander Club, which had 23 athletes taking part, along with Henley Town Council.

There will be a reception and breakfast at the club from 9.30am, which will be followed by a row-past.

Some of the athletes will leave the club at 10.25am and row towards the River & Rowing Museum and then to Upper Thames Rowing Club before returning to Leander for 11.15am.

Starting at Leander, the bus will travel to the town hall via Hart Street, New Street and Bell Street.

Leander Club captain Jack Beaumont, who won silver in the men’s quadruple sculls at the Olympics, will give a speech on the steps of the town hall, along with Councillor Sarah Miller, the Mayor of Henley.

An archway will be formed by members of local rowing clubs before the athletes walk around Market Place to pose for photographs and sign autographs until 1pm.

They will then head back to Leander for a reception with club members and their guests.

Rowing commentator Peter O’Hanlon, who was in Tokyo covering the Olympic Games, is helping to organise the day.

He will give an overview of Team GB’s achievements at the morning reception before holding a press conference. During the row-past, he will attempt to line up boats on the river to stage mini races.

Mr O’Hanlon said: “The goal is to have a bit of a celebration for the athletes. Most of them live in the Henley area but often don’t get a chance to meet the residents, so it is a nice way of seeing them.”

When the athletes arrive at Market Place, free pictures will be handed out to be signed by them. These are being printed by Higgs Group, publishers of the Henley Standard.

Mr O’Hanlon said the day was a brilliant opportunity for children and families to meet the athletes, having missed out on seeing the Games in person.

“There were no spectators in Tokyo so they were racing in a bit of a vaccum,” he said. “This is your opportunity to meet Olympic and Paralympic medallists that live on your doorstep.”

Mr O’Hanlon described being in Tokyo as a “phenomenal” experience.

He said: “When you first arrvive, it’s quiet because there are no crowds.

“My initial judgement was that it would be like that the whole time but then the racing starts and the feeling around the boat park was very different.

“There is a mixture of elation and heartbreak. I’m quite privileged because I sat on the finish line, which is the best seat in world rowing.”

Cllr Miller said: “I’m proud to celebrate our returning Olympians and Paralympians on September 18. The stoicism and dedication of our athletes is an inspiration, especially given the challenges we have all faced as a nation during the last 18 months.

“They all did really well. It’s not all about medals. Just competing in such a high profile event among the best athletes in the world is an achievement in itself.

“Rowing is in Henley’s DNA. We are proud to celebrate in style — that’s what loyal fans do.”