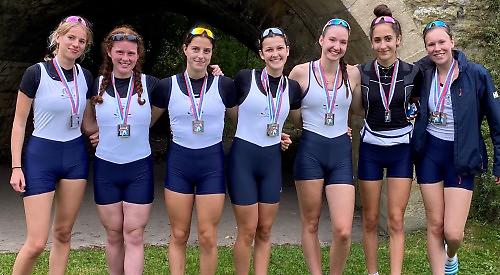 HENLEY Rowing Club’s juniors triumphed at their first autumn head of the river race of the year at the Wallingford long distance sculls on Saturday.

The challenging race was competed for over a 4,000m course that has several testing bends early on. Henley had 20 crews entered in the field of 300 across the two divisions and came home with five wins from their 10 events entered.

McCartney and Hall then went on to race and win the WJ16 doubles in the afternoon division. Another double win came from Pippa Jamieson and Eyla Wild who triumphed in the WJ18 double sculls. Jamieson had already won WJ17 single sculls in the morning.