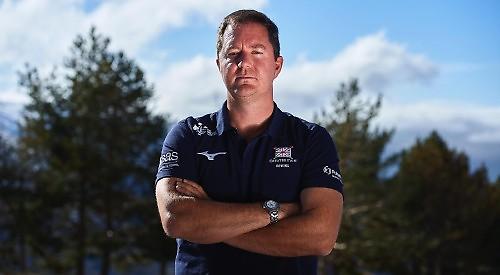 He has worked with British Rowing for more than 18 years and led the men’s sculling team at Rio 2016 and the Tokyo Games last summer.

In Japan the men’s quad of Leander’s Harry Leask, Angus Groom, Tom Barras and Jack Beaumont won silver — Team GB’s first Olympic medal in that
class — and the men’s double of Graeme Thomas and John Collins finished fourth, making it the
most successful Olympics for GB men’s sculling since 1948.

Stannard’s first coaching role with British Rowing was in 2003 when he set up the successful talent ID centre in Bath.

He was rewarded for his hard work and commitment to the sport when he won performance development coach at the 2012 Sportcoach UK Coaching Awards.

He also received the Nick Broad Award for Emerging Talent for his work on the World Class Start programme, which included identifying and developing Helen Glover and Heather Stanning, who went on to win Olympic gold at London 2012 and in Rio, and Vicky Thornley, who won silver in the double sculls in Brazil with Katherine Grainger.

In his new role, Stannard will lead the programme to produce Olympic-class boats with the potential to win medals at international competitions.

He said: “In my interview for my first World Class Start role back in 2003, I stated that my main motivation for the job was to help British athletes win medals on the world stage.

“The quad’s silver medal in Tokyo was fantastic and I look forward to working with the coaches and support staff to help our talented athletes continue to win medals for Great Britain and themselves in the years to come.”

Louise Kingsley, director of performance for the GB Rowing team, said: “I am absolutely delighted to see Paul step up into the new head coach role.

“He beat a strong field of internal and external candidates.

“Paul’s leadership of a programme has grown significantly in the past 12 months while he has been interim lead coach for men’s sculling.

“I am excited to see him work with the wider squad to deliver world class performances, evolve a contemporary performance culture and stay actively connected to the pathway.”

Recruitment for the women’s Olympic head coach is continuing.