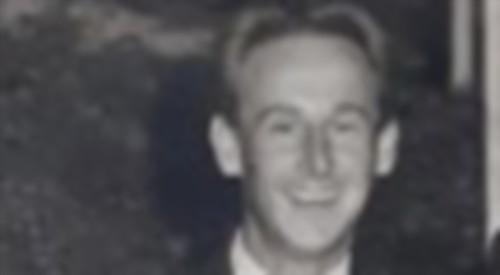 Roy was one of a small group of people without whom the club could not function and he served the club tirelessly for more than 60 years before retiring from his role as house manager in 2010.

His early years in the sport were spent mainly in the cox’s seat. He coxed the club in the Thames Cup at Henley Royal Regatta in 1954 and 1955.

Henley RC had a comparatively barren period in the Sixties but when it did record a victory invariably it was with Roy in the bow seat.

In the Seventies he was in the bow seat for a number of veteran wins.

Roy’s enthusiasm for rowing knew no bounds. In the annual
24-hour sponsored rows that took place in the Eighties, he invariably did more miles than anyone else.

When he wasn’t rowing he was coxing and when he wasn’t doing either of those he was encouraging others or making the tea.

Roy gave up competitive rowing to take on a support role looking after the building and grounds and fund-raising when the club moved to new premises off Wargrave Road in 1986.

For 25 years, Roy hardly saw a race at the royal regatta because, with the help of his wife Val and others, he ran the car park and looked after numerous campers and visitors.

This was a major source of revenue for the club and continues to this day in order to raise much-needed funds.

The Henley Sculls head race was taken on by Roy in the Seventies and transformed into the major event it is today. He added the Henley Fours and Eights a few years later and both are now firmly established in the rowing calendar.

The standards of organisation that Roy set still receive regular compliments from crews and coaches today.

Roy also had a long association with Henley Town and Visitors’ Regatta, serving on the committee for more than 60 years and as president in 1989. He had a lifelong commitment to rowing in Henley and quietly got on and made things happen without fuss and often without thanks. We all owe him a great deal.

One memory that epitomises all that Henley RC meant to Roy and all that he meant to the club was when the victorious Thames Cup eight came back to the boathouse after the final in 2005.

Roy and Val had put out the bunting and were ready with bottles of champagne. Roy had not seen the race but had been with them every stroke of the way.