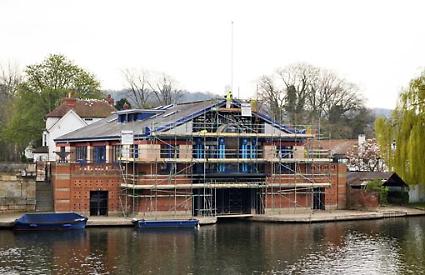 HENLEY Royal Regatta has condemned the Russian invasion of Ukraine.

It released a statement expressing solidarity and attacking the “brutalities” committed by Russia.

It said: “Henley Royal Regatta is deeply concerned and shocked by the recent developments in Ukraine following the Russian military invasion.

“We offer our solidarity with Ukraine and its people and condemn the brutalities being committed by the Russian leadership.

“We stand in line with World Rowing and the International Olympic Committee and recognise and support their statements and recommendations.

“We send a strong message of support to the people of Ukraine and the Ukrainian rowing community during this period.”

It is not yet clear whether Russian and Belarusian rowers will be able to take part in the event from June 28 to July 3.

Daniel Grist, chief executive and secretary of the regatta, said that detailed guidance on who would be able to take part would be published later in the spring, ahead of the registration which opens on May 2.

The executive board of the International Olympic Committee has recommended no participation of Russian and Belarusian athletes and officials in sports events.

It said: “In order to protect the integrity of global sports competitions and for the safety of all the participants, the board recommends that international sports federations and sports event organisers not invite or allow the participation of Russian and Belarusian athletes and
officials in international competitions. The board reaffirms its full solidarity with the Ukrainian Olympic community. They are in our hearts and thoughts.”

World Rowing confirmed sporting sanctions for Russia and Belarus, saying the invasion was a violation of the Olympic truce and it would not allow the participation of Russian and Belarusian athletes in its competitions.

It said: “Our organisation stands in absolute solidarity with the Ukrainian people, including our friends at the Ukrainian rowing family, at this time of grave international crisis.

It added that no events would take place in Russia or Belarus this year.