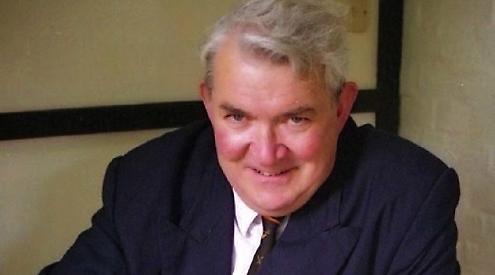 FAMILY and friends of the late ‘Sam’ Mackenzie gathered at St Mary’s Church, Henley, for a memorial service on Monday, when the congregation was able to honour and remember a legendary figure in the rowing world, writes Robert Treharne Jones.

Stuart Alexander Mackenzie, universally known as ‘Sam’, was born in Australia and achieved success at the age of 19 when he won silver in the single sculls at the 1956 Olympic Games in Melbourne, behind the Russian, Vyacheslav Ivanov.

Reckoning the standard of competition to be greater overseas, he moved to the UK and Leander Club, where he recorded six wins in the Diamond Sculls at Henley, the only man ever to have achieved this feat in successive years.

But it was his personality off the water that caused people to be both charmed and irritated in equal measure, as rowing historian and journalist Chris Dodd described in his tribute during the service.

“Sam disregarded dress convention. He washed his opponents down, played cat and mouse on Henley’s two-lane match course, and was hugely popular among the rowing community, including the tut-tut brigade. He was boastful, extrovert, sometimes infuriating and sometimes thoroughly likeable,” he said.

“We Australians were very proud of his legendary ratbag/rascal status in the UK, even though he drove Australian and Olympic rowing officials to distraction, just as he did the Henley Stewards,” wrote John Boultbee from Australia.

On retiring from active competition in 1963 he spent some time coaching, on both sides of the Atlantic, but the athletes of the time couldn’t handle his unconventional coaching style. A clue to difficulties with his ‘left-field’ coaching may lie in his wingspan which was a hand or two wider than others of similar build.

Following his death tributes flooded in from across the world, and many were read out by Robert Treharne Jones during the service. They included letters from Rowing Australia, who had sent an Olympic flag, and from Vyacheslav Ivanov, the man who beat Mackenzie to Olympic gold, but never beat him at Henley.

Mackenzie’s six winners trophies — the ‘pineapple cups’ — were on display at the River and Rowing Museum until 2017, when he decided that they belonged back in Australia. After spending some years at his first rowing club in Sydney, Leichhardt, they are now awaiting permanent display at the Hall of Champions in Sydney’s Olympic Museum.

The last of Mackenzie’s four marriages was to prove the most enduring, and he settled in rural Somerset to pursue his loves of wheeler-dealing, dogs, golf, horses and gambling, with mixed fortune. His wife Heather survives, as do three children from previous marriages.

Tony Leadley is the sole survivor of the triumvirate of men, including Christopher Davidge and Sam Mackenzie, who dominated the small boats events at Henley for many years, and he sent a message from his home in Australia where he has lived for many years.

“Sam will be sadly missed by those who knew him, as well as those that wished they had,” he wrote.