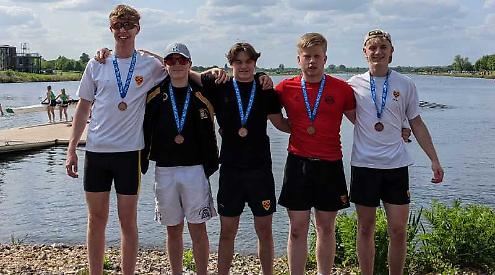 The U14s boys’ quad of Jacob Bangs, Reece Ackermann, Billy Murray-Clarke, Oliver Robinson and Fraser Robertson narrowly missed out on a medal as they finished in fourth place.

The U16 double of Charles Willmott and Henry Gould rowed a fast semi-final finishing second before finishing fifth in the final.

William Harper competed in his first ever sculling race in the U15 singles where he progressed to the final and finished third overall.