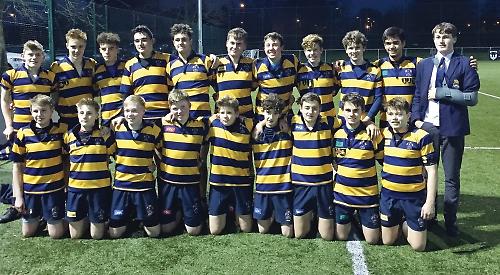 SONNING’S Blue Coat School U15s ran out county cup winners against LVS Ascot U15s at Maidenhead Rugby Club on Wednesday of last week. Blue Coat eased to 67-5 in the final in which some of the highlights of the match were David Coleman’s solo try, running in from 40 metres, and the 15-man driving line-out that resulted in captain Tom Price’s try.